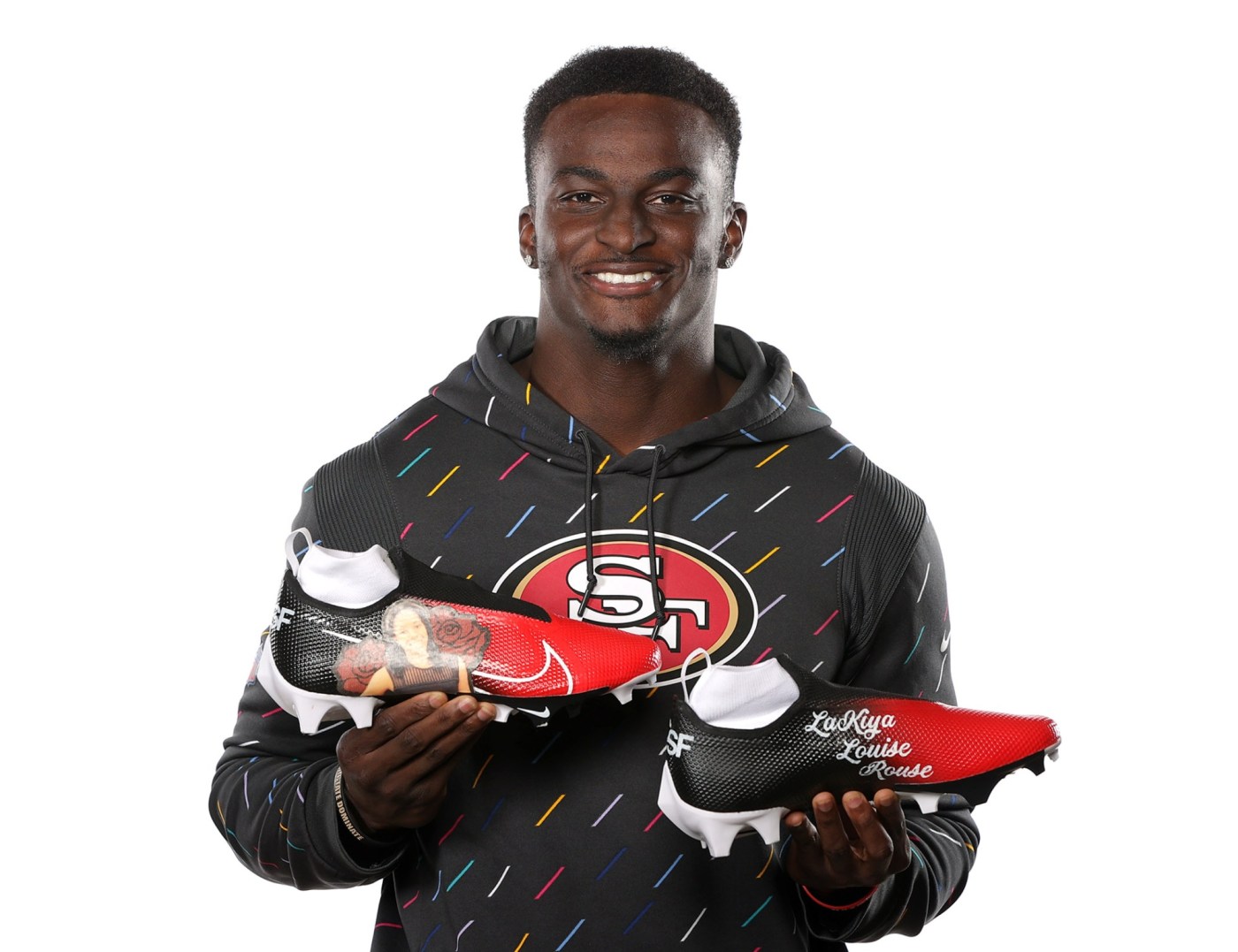 SANTA CLARA — Once the 49ers’ busses arrive Sunday morning at the Seattle Seahawks’ stadium, Emmanuel Moseley will head through two sets of double doors and veer right. He’ll enter a musty locker room where the defense’s quarters are as cramped as a galley kitchen.

When he laces up his red and black cleats, they will give him inspiration, and they will serve as a reminder about the ongoing COVID pandemic, one that took the life of his childhood friend, LaKiya Rouse, last fall. She was just 26.

“It definitely shocked me, because it hit home,” Moseley said Thursday, “but COVID was hitting so many homes around the world.”

Rouse’s portrait is custom painted onto Moseley’s cleats as part of the NFL’s “My Cause My Cleats” campaign this week. He promised that tribute last year to her family, which includes her sister, MaKala, Moseley’s best friend back in Greensboro, North Carolina.

“When I was home recently, I made a surprise visit to them and let them know again I was going to do it. The family was very happy,” Moseley said. “When I was back home, we used to kick it a lot, do barbecues and stuff like that. I’m definitely excited to honor her.”

His memories of “Kia” – as he called her – including playing on Dudley High School’s basketball teams and “we encouraged each other, each game, to do well, of course.”

Moseley is a native of Greensboro, N.C., as was Rouse, who worked as a Guilford County Sheriff’s deputy and courthouse bailiff. She passed away less than 24 hours after being admitted to a local hospital, having earlier tested positive for COVID.

Moseley has tied his cause to the COVID research at UC San Francisco, where their genomic sequencing this week detected the United States’ first case of the omicron variant. He hopes to work with UCSF in the future, although he’s already helping bring more awareness to COVID safety.

“People are getting the vaccine, and there’s a booster that’s come out,” Moseley said. “People are going about it the right way, and taking the right precautions, especially in California with wearing masks.

“We’re trying to do our best but it’s tough because it can spread easily.”

Moseley is glad the NFL’s “My Cause My Cleats” program allows players to “shed light on other things besides football.”

Over 30 teammates are participating on behalf of various causes, and all with a similar passion. For example, tight end George Kittle is again representing TAPS (Tragedy Assistance Program for Survivors) in support of military families that lost loved ones. Said Kittle: “They pay the ultimate sacrifice to allow us to live our lives here, the way we want to live them, so I feel as much help and awareness I can spread about TAPS and the good they do, I try do it all the time.”

Moseley plans on wearing his cleats the rest of the season, and he’s worn them in practice this week to get them game-ready. “A lot of players just do it on Saturday before the game, and I don’t know how,” Moseley said. “I run too much and have to break my cleats in during the week.”

Moseley hasn’t allowed a touchdown catch in 51 targets — according to ProFootballReference.com — but he did draw two pass-interference penalties in the end zone that set up touchdowns in an Oct. 24 loss to Indianapolis.

“E-Man’s done a good job. He’s one of our most consistent guys in the back end,” defensive coordinator DeMeco Ryans said.

Despite Seattle’s 3-8 record and offensive struggles, Moseley used the word “great” to describe multiple aspects of the Seahawks, adding that it all starts with quarterback Russell Wilson.

As for how he’ll approach an emotion-filled game, Moseley said: “It’ll be no different. Just go out, play my game and get the job done.”