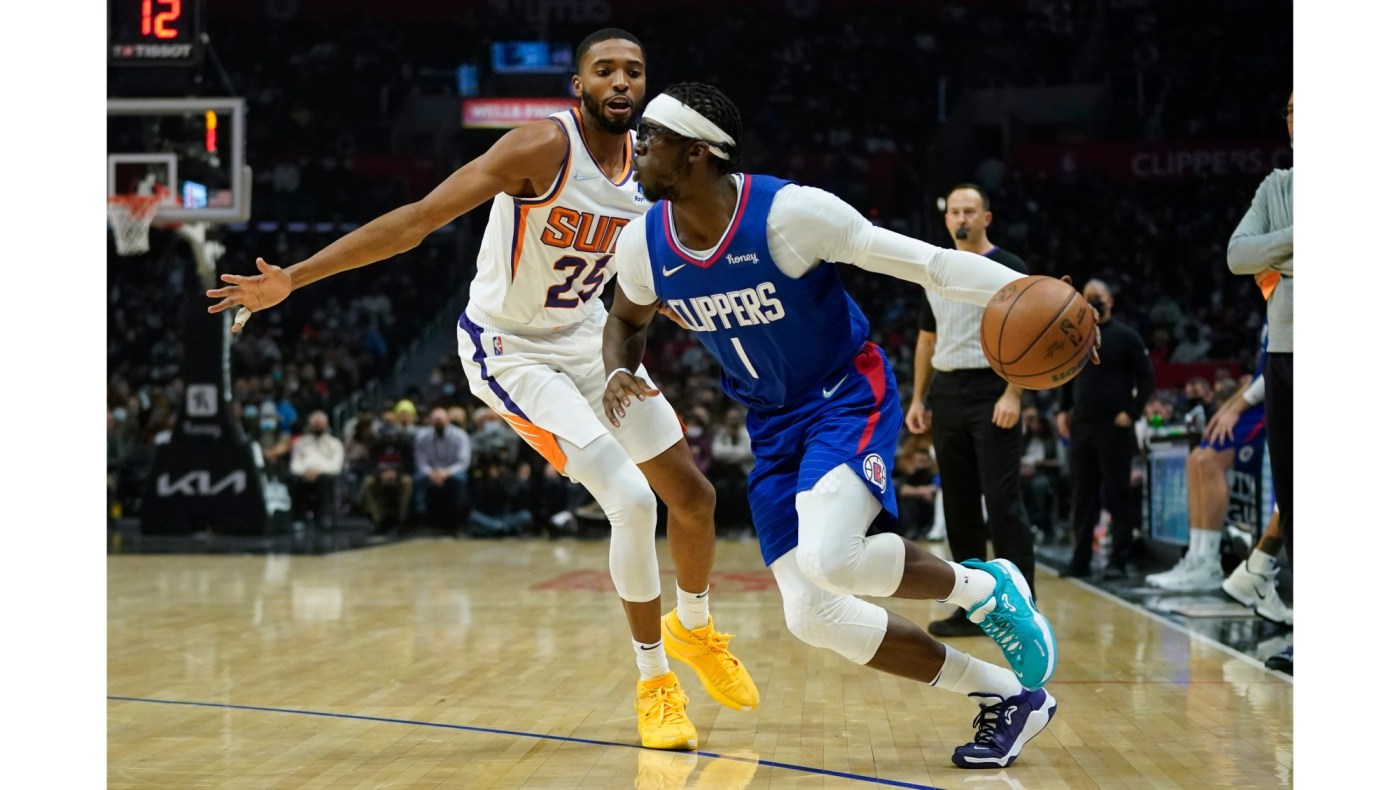 LOS ANGELES — Sure, the Phoenix Suns have won 20 of their past 22 games. But they’re 2-2 in their past four – with recent losses to the Golden State Warriors and, on Monday, a 111-95 defeat against an ever-game Clippers contingent.

In their first meeting since Phoenix closed out the Western Conference finals with a 130-103 Game 6 victory over a drained Clippers team in June, Tyronn Lue’s undermanned team looked like the streaking squad, controlling the contest the whole way.

They did so with impactful performances up and down the lineup, the starters and reserves both – none of them more consequential than the effort from Marcus Morris.

Against his former team, the Clippers’ Morris twin was aggressive, efficient and necessarily creative. He finished with a season-high 24 points. He pulled down 11 rebounds and shot 10 for 16 overall, including draining a turnaround 19-footer late in the shot clock, effectively a cherry on the victory as it put the Clippers (16-12) ahead 100-79 with 4:37 left.

The Suns came in having won 20 of 21 games and two in a row since Golden State interrupted their 18-game winning streak.

The Clippers, however, had a three-game winning spurt to their credit – and had not lost to the Suns in a regular-season home game since 2013.

On Monday, both teams were following the league-wide trend, making due as best they could without their full complement of players.

“Everybody’s dealing with it, I saw Chicago had like nine guys the other night and teams are dealing,” Suns coach Monty Williams said. “This is the time of the year that you would typically see this atmosphere, but then you add COVID to it and it’s a bit more of an adjustment but we’ve just got to figure it out as we go along.”

That first 24 minutes included inspired – and ultimately contagious – defense, which held the Suns to just 44 points on 42.6% shooting (20 for 47), including just 3 for 14 from behind the arc. And the Clippers did it without fouling, limiting Phoenix to just two free throws (of which Chris Paul made one).

Individually, three Clippers scored in double figures before intermission; Reggie Jackson had 13, Luke Kennard had 11 and Morris had 10.

Things were going so well for the Clippers from the jump that Lue even won a coach’s challenge in the second quarter, turning an offensive foul on Jackson into a foul on Ish Wainright, erasing what would have been Jackson’s third foul and giving him two free throws – which extended the Clippers’ lead to 56-41.

The Clippers’ first-half energy waned some as the free-throw discrepancy evened out, with the Suns going 12 for 13 at the line in the third quarter – while the Clippers were just 1 for 2

The Clippers led by as many as 17 points (they were up ​​66-49 with 7:31 left in the third. But the Suns aren’t a squad that’s going to set without making some kind of surge.

Wainwright’s putback slam with 11:38 to go in the fourth quarter pulled Phoenix within 79-71 – to which the Clippers responded with six quick points, to pull back ahead 85-71.

But with 6:35 left, a couple of quick Cameron Payne layups made it 94-77, after which the Clippers had another response – fending off Phoenix down the stretch.

The Clippers shot 55.1% (43 for 78) from the field. Jackson finished with 19 points, Terance Mann had 17 points and nine rebounds, and Kennard added 16 points and season-high nine rebounds.

Off the bench, Isaiah Hartenstein finished with 12 points and a team-high seven assists and Eric Bledsoe had 10 points.

Paul finished with nine points on 4-for-14 shooting for the Suns and Cam Johnson paced Phoenix (21-5) off the bench, with 17 points.