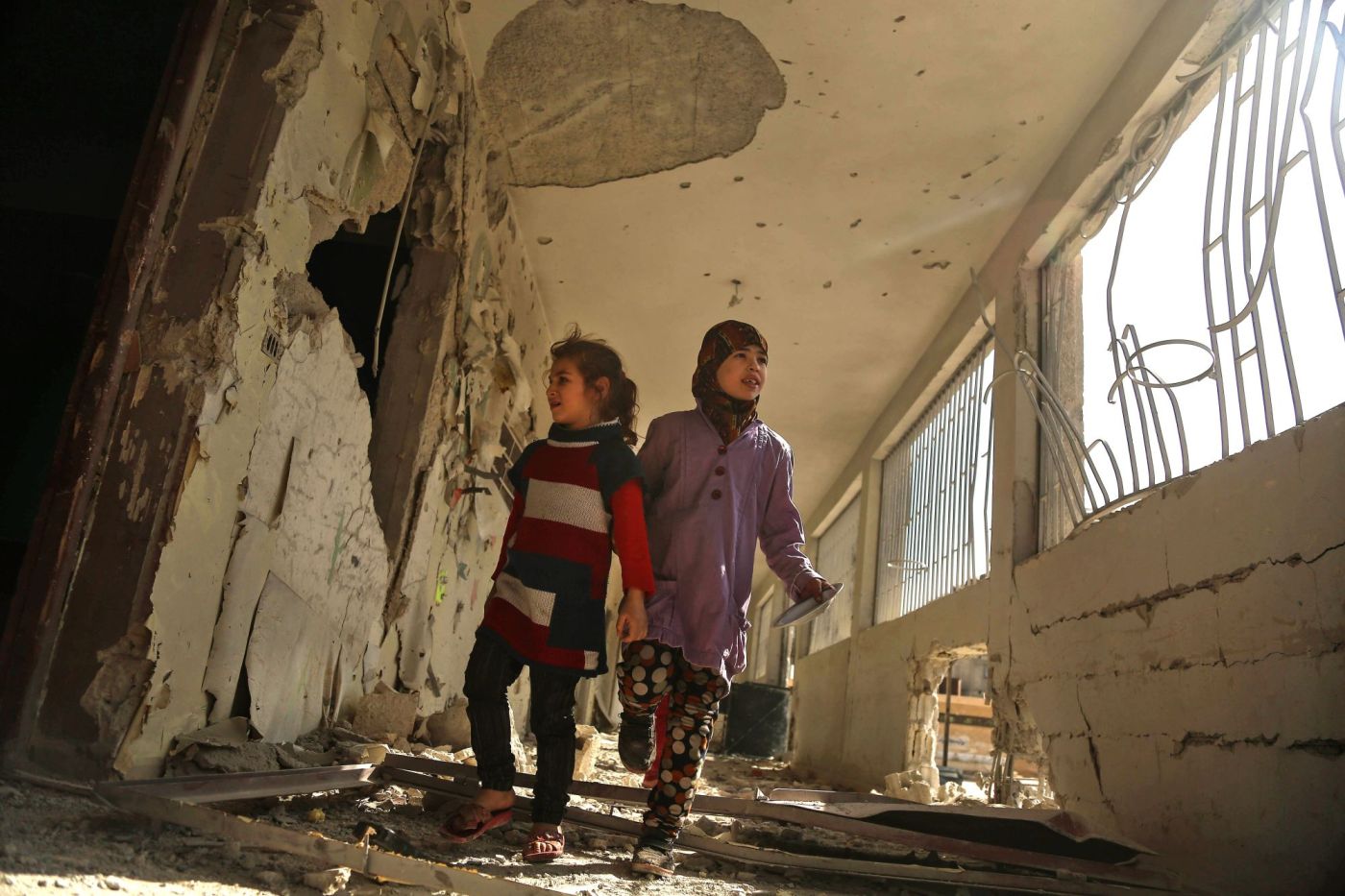 War’s grim reality is recognizable wherever it occurs. We can see it all too clearly in Ukraine — in the destruction of cities, in civilians fleeing their homes, and in the heart-wrenching casualties.

No matter where it happens, war’s tragedy is the same. You wouldn’t always get that sense, however, from the prejudiced way some reporters talk about it.

In an already notorious example, CBS News correspondent Charlie D’Agata mused on air that Ukraine “isn’t a place, with all due respect, like Iraq or Afghanistan, that has seen conflict raging for decades.”

Public outrage followed, but D’Agata was hardly alone. “These are not obviously refugees looking to get away from areas in the Middle East that are still in a big state of war,” English anchor Peter Dobbie piled on. “They look like any European family that you would live next door to.”

As a Syrian American, I got the message loud and clear: War is an unexpected tragedy when it happens to people who look “European.” For those of us who don’t, it’s only natural to experience war, violence, and displacement.

This narrative isn’t just racist and dehumanizing. It’s also ignorant about the history of Europe itself — from two World Wars to ethnic cleansing in the Balkans to Russia’s last invasion of Ukraine in 2014.

This ignorant double standard extends to the coverage of other conflicts as well.

Western journalists lift up President Biden and other global leaders’ rightful denunciations of Russia’s illegal invasion of Ukraine. But they often remain silent when these same leaders fail to condemn — or even aid and abet — violations of international law elsewhere.

This is evident in the over 50-year Israeli occupation of Palestinian territories, as well as the war in Yemen.

In the case of Yemen, a coalition led by Saudi Arabia and supported by U.S. weaponry has continuously bombed, starved, and collectively punished Yemeni civilians for over seven years now. Yet the war receives little media attention, and the public has largely ignored its victims.

This spring also marks the 11th anniversary of the brutal war in Syria that’s killed nearly 500,000 people. Although it began as a popular uprising against authoritarian rule, it has since mutated into several proxy wars involving Russia, the United States, and several other regional actors.

While the Western media has reported widely on crimes committed by both the Syrian and Russian governments, even well-documented reports on civilian casualties from U.S. bombings there — which are “countless,” according to one NPR headline — get less attention.

Everyone has a right to seek asylum under international law, regardless of their nationality. Today, Syria remains the world’s largest refugee crisis in decades. Yet many countries have treated the over 6 million Syrian refugees with suspicion and hostility.

Some European countries closed their borders to Syrian refugees and asylum-seekers, while at least 30 U.S. governors tried to do the same. And former President Trump imposed a series of “Muslim bans” which prohibited Syrian refugees from entering the U.S. during the height of the war.

But like Ukrainian refugees, Syrians too are victims of war, entitled to seek safety and international protection.

As I remind my students, when politics lead to selective enforcement of international law, it loses its power and legitimacy. The same is true with war reporting. As the Arab and Middle Eastern Journalists Association concluded: “Newsrooms must not make comparisons that weigh the significance or imply justification of one conflict over another.”

Acknowledging these double standards does not diminish the importance of solidarity with the Ukrainian people or the need for robust diplomacy to end the war. There are no limits to compassion. In fact, empathy must also be extended to ordinary Russians struggling with the impact of global sanctions and political repression.

Regardless of their home country, the victims of war always deserve proper dignity and compassion.

Farrah Hassen is a writer, policy analyst, and adjunct professor in the Department of Political Science at Cal Poly Pomona. This op-ed was distributed by OtherWords.org.