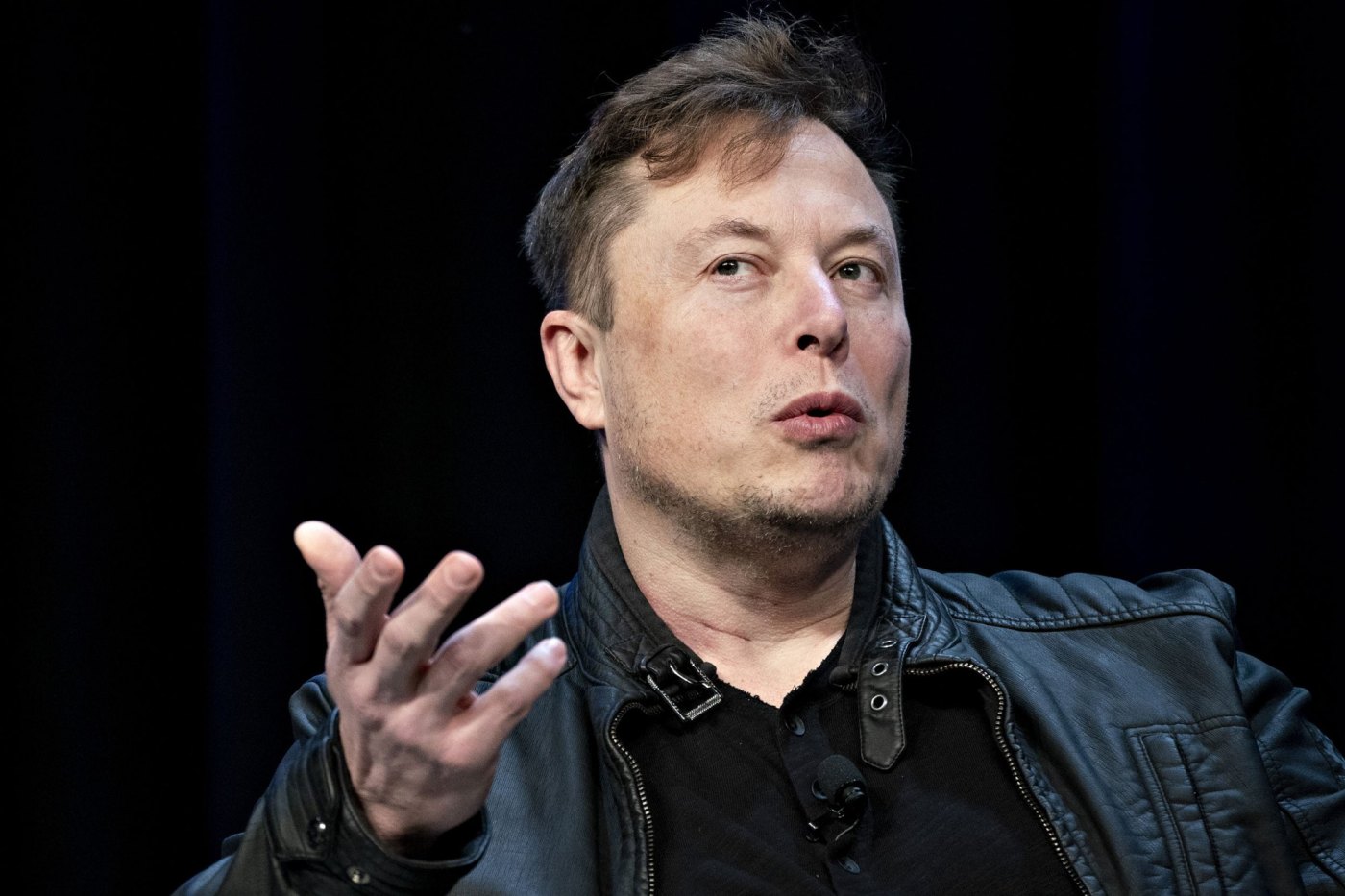 Elon Musk wants to buy Twitter Inc. for $43 billion — but he has only about $3 billion in cash on hand. Most of the fortune of the world’s richest man, which adds up to some $259 billion, is tied up in Tesla Inc. and other nifty things.

So if he’s serious about a takeover — and there is ample reason for skepticism — he’ll have to sell a chunk of his Tesla shares or get a consortium of big buckaroos with social media interests to chip in. Maybe he can enlist the help of Peter Thiel, Marc Andreessen and Donald Trump’s political action committee.

Musk’s Twitter takeover offer is of a piece with his other recent attention-grabbing antics surrounding the social media company: lots of noise but no real substance. He unveiled a big stake in Twitter last week under the guise of being a passive investor. Then he got very active and snagged a board seat. Then he got very, I don’t know, distracted, and stepped away. Now he says he wants the whole megillah.

This is the guy who invited a knife thrower to one of this birthday parties and then stuck a balloon between his legs and dared his guest to pop it. (“I thought, he would maybe hit one gonad but not both,” Musk later recalled.) Now Musk is the knife thrower, Twitter is the balloon, and Musk maintains his nonchalant attitude about the risk of disabling injuries.

As a thought experiment, however, take Musk at his word: He really wants to buy Twitter and take what he’s called the “de facto public town square” into his own two hands.

There are upsides and downsides to Musk’s greater involvement in Twitter. The ups largely revolve around the technological and platform enhancements he might push through, as well as the undeniable entrepreneurial mojo he’d bring. The downs reside in his track record as a self-proclaimed “free-speech absolutist” who hasn’t always acted as a free speech advocate — and has been an avid disseminator of know-nothingism. In early March 2020, for example, he let it be known that the “coronavirus pandemic is dumb.” He also noted that the coronavirus was just a “form of the common cold” and advocated hydroxychloroquine as an effective treatment. There’s much more in that vein.

So maybe the issue is not that Musk lacks the cash to buy Twitter. It’s that he lacks the temperament to run it.

Effective and responsible media owners give their contributors the resources they need to communicate and share information easily, and have the self-confidence to tolerate various perspectives (especially those contrary to their own).

Does Musk check those boxes? Not all of them. And there’s another essential task for owners of media companies, one that Musk has thus far not shown any interest in: vetting the quality and veracity of the information they publish.

Yes, I know I am being old school here, and that social media sites are not newspapers, but the reason for this requirement transcends debates about print vs. digital or old vs. new: Lies, misinformation, disinformation and propaganda are virulent and wildly destructive. That stuff has to be monitored, because it can lead those who absorb it to make bad decisions.

Constructive responses to the existential crises of our time — climate change, a global pandemic, the rise of authoritarianism, political polarization, racism — have been blunted because social media platforms value “openness” more than facts.

The promise of social media was that it was supposed to give voice to those who hadn’t traditionally been heard. Gatekeepers would be disintermediated, to use the preferred jargon. Everyone would be their own publisher, and unfiltered views would have global reach. The reality of social media isn’t so rosy. Platforms such as Facebook are awash in poisonous dreck that divides individuals and communities and gives flight to a deeper dumbness.

The trick is how to preserve social media’s accessibility and grass-roots power while also recognizing that it needs oversight and monitoring. That will be hard, but social media companies have the money and talent. Besides, newspapers — yes, stodgy, old-fashioned newspapers — engineered their operations to strike that balance. They didn’t always do it effectively, but at least they tried. Social media companies have been late to this game, both for commercial reasons (monitoring costs money) and political ones (monitoring goes against Silicon Valley’s libertarian ethos).

Now comes Musk, one of Silicon Valley’s giants, ready to scoop up an influential social media platform. If anything, Twitter’s moderation has been too permissive, but Musk claims the opposite, and says the company has somehow inhibited his free speech.

No one should buy that line — and Musk shouldn’t buy Twitter. His goal is not free expression, but control. And if he gets it, Twitter’s information problem will only grow worse.