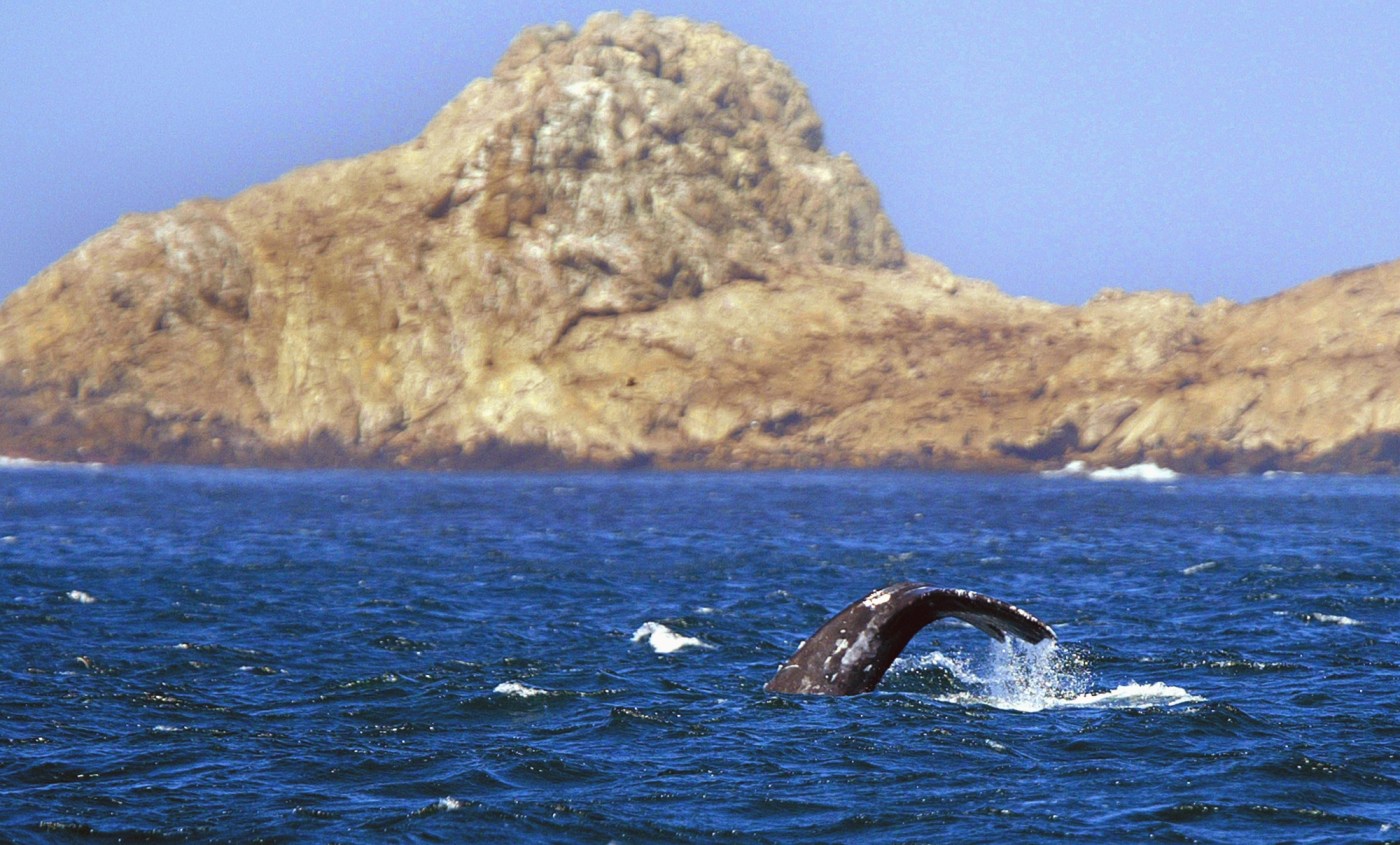 A controversial plan to poison rodents on the Farallon Islands is coming up for a key vote after years of debate.

The federal government proposes to airdrop poison pellets on the islands to kill tens of thousands of invasive house mice that have wreaked havoc on seabirds and the local ecosystem. The islands are a wildlife refuge with the largest seabird breeding colony in the contiguous United States.

In a twist, the plan has resulted in one of the largest splits in California’s environmental movement in recent years.

Critics — including Sierra Club California and Leon Panetta, the former California congressman and U.S. defense secretary — said the plan could kill other wildlife. They have called for using non-lethal strategies such as contraceptives.

But supporters — backed by the California Coastal Commission staff and U.S. Fish and Wildlife Service biologists — say it is the only way to save the birds and unique species on the islands.

A showdown of the opposing views is expected to take place during the California Coastal Commission’s review of the plan on Dec. 16. The commission last heard the proposal in June 2019, but federal researchers temporarily withdrew the proposal after commissioners expressed unease about the proposal. The plan was reintroduced in April and is unchanged from the original.

Opponents say any use of rodenticides on a national wildlife refuge and marine sanctuary is unacceptable, and have called on the federal government to instead wait for contraceptives to be developed.

“What we’re confronting next Thursday is a deliberate poison spill on our coast, and they’re asking the coastal commission to approve it,” said Richard Charter, senior fellow with the Ocean Foundation who helped create the Greater Farallones National Marine Sanctuary. “Proposed by the Biden Administration in Nancy’s Pelosi’s district, a toxic spill in the middle of a national marine sanctuary. I get kind of an ‘Alice in Wonderland’ feeling about this.”

Supporters say the poison bait drops are the only proven method available to fully eradicate mice on the island, and that the same method has succeeded on many other island habitats such as the Channel Islands. They also say that humans have an obligation to remove the mice that were first believed to have been introduced on the Farallon Islands by ships in the 18th century.

“We’re in an era of immense human impacts on the natural environment,” said Roger Gass, a Marin Conservation League board member and wildlife biologist who spent 30 years studying the islands. “This is an opportunity to actually intervene and reverse some of the mistakes that humans made before, the mistakes of introducing these invasive mice to the island.”

The Farallon Islands are about 28 miles off the Golden Gate. They attract a variety of wildlife, including hundreds of thousands of migratory seabirds who breed there, to great white sharks who surround the island hoping to feed on one of the thousands of sea lions who reside there.

The islands are a breeding colony for some 350,000 birds from 13 species. Half of the world’s population of the rare ashy storm petrel breed at the islands. There are also creatures unique to the island such as the Farallon camel cricket and arboreal salamander.

But the estimated 60,000 house mice that also reside there have thrown the island ecosystem off balance, according to researchers.

Point Blue Conservation Science, the organization that has resided on and studied the islands since the 1960s, says the mice munch up the seed bank of sensitive plants, making room for invasive plants to thrive. They also compete for food with the arboreal salamander and eat the local camel cricket. In some cases, mice were found to have eaten the eggs of some of the many birds that use the islands to breed and roost during their migrations.

One of the worst impacts from the mice is attracting non-native burrowing owls, which abandon their normal winter migration route in favor of the smorgasbord the mice offer in the fall. Once the mice population crashes during the wintertime, the owls turn to another food source: the ashy storm petrel.

Only about six to 12 owls stay on the islands during the winters, but they can kill between 60 to 70 petrels each during this time, including breeding petrels. Models by Point Blue found that if the owls were to remain, the ashy storm petrel population could decline by 63%.

The mice, combined with the pressures of climate change, could drive the petrels and other species to extinction, according to Pete Warzybok, Point Blue’s Farallon Islands program lead.

“The longer we wait to do something about the mice, the longer we’re going to see these impacts,” Warzybok said.

The solution to the mice proposed by the U.S. Fish and Wildlife Service is to drop 2,880 pounds of bait pellets treated with a total of 1.2 ounces of a rodenticide called brodifacoum by helicopter and by hand. Two drops would take place, spaced 10 to 21 days apart, during during the late fall or early winter, when most seabirds have left the island and the mouse population is typically at its lowest due to lack of food.

Crews would work to prevent other animals from eating the pellets either by capturing some animals such as burrowing owls, salamanders and peregrine falcons while also hazing western gulls. A federal contractor would be hired to monitor the island for any impacts. Crews would then scour the island and remove mouse carcasses.

The poison pellets would take about five weeks to degrade, a process federal researchers said will be accelerated by rainfall.

Staff at the California Coastal Commission say rodent eradication methods have largely worked on other islands, with about 700 of 1,200 attempts worldwide being successful. Of the attempts that used brodifacoum or a related rodenticide, 64 of 89 mice eradication projects were successful.

“This procedure has been used on many on almost 700 other islands throughout the world and that is sort of ignored,” said Barbara Salzman, Marin Audubon Society executive director. “It’s effective and it would be used carefully with very intense planning which has been going on for many years now.”

The opponents include fishing associations, Sierra Club California, Marin Humane and the Resource Renewal Institute in Mill Valley. Panetta, who wrote the legislation that established the Monterey Bay National Marine Sanctuary in 1992, and former U.S. representative Lynn Woolsey, who helped expand the Greater Farallones and Cordell Bank National Marine Sanctuaries, both wrote in opposition to the plan.

“Experimenting with a known multi-species poison already prohibited from retail sale in California, even as our state legislature is clearly moving toward banning its application on state lands with few exceptions, simply does not make sense,” Panetta wrote to the California Coastal Commission on Thursday. “To attempt to spread this compound at any time in proximity to the Dungeness crab or salmon seasons only further courts economic disaster.”

In a letter to the commission, Woolsey said the plan is “misguided” and would undermine the public trust.

“I’m certain that in the 21st century, we can surely find better solutions to the problem,” Woolsey wrote.

The Fish and Wildlife Service states that about 1,000 western gulls would have to die to cause any population impacts, but that the number of deaths would not be near that number.

While opponents say that there are potential contraceptives that could be developed for mice, plan backers say these are still in development with no guarantee they will ever be approved or even effective at eradicating the Farallon Islands mice. Even if they were approved, plan supporters say the contraceptive bait would have to be regularly applied throughout the year, which could lead to impacts to wildlife. A pair of mice is capable of producing up to 1,500 offspring in a single year.

California Coastal Commission staff said using such contraceptives now “would be the equivalent of an untested experiment carried out within one of the most environmentally sensitive and protected areas in coastal California.”

Charter also equated the rodenticide drop to an experiment, stating a poison already banned in California should not be dropped on one of the nation’s largest seabird colonies.

“You could not pick a more carefully protected piece of ocean to try this experiment,” Charter said. “You couldn’t pick a worse poison to use.”

More information about the commission hearing is at coastal.ca.gov/meetings.