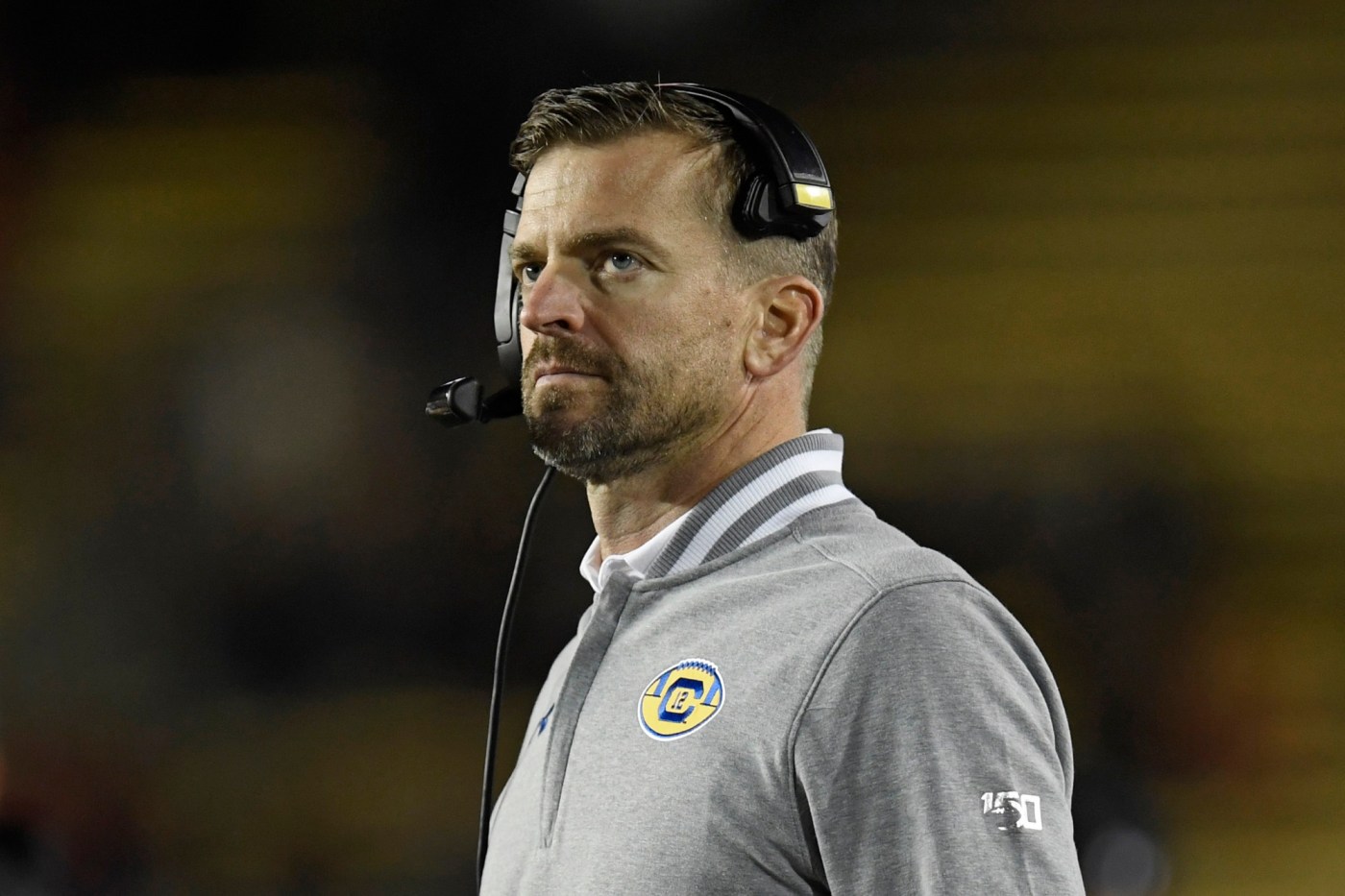 BERKELEY — Coping with what he called “an ever-changing landscape,” Cal coach Justin Wilcox announced a football signing class of just eight players on Wednesday but promised the process is far from complete.

A year after adding 20 players on National Signing Day, the Bears added a four-star offensive lineman, likely secured a four-star running back, did not announce a quarterback signing and lost a defensive tackle who repeatedly changed his mind.

“Signing day has always been an exciting time and there’s always the potential of what you referred to as drama,” Wilcox said. “We are really enthused about the group of guys that have signed with us.”

Scholarship limits were expanded a year ago as the NCAA gave athletes an additional year because of COVID-19. Wilcox admitted he doesn’t even have a firm number of available scholarships because some seniors are still weighing whether to return or exit.

“It’s a new era. The roster management has changed,” Wilcox said. “But now, with the transfer portal and especially with the COVID and the eligibility questions that are still remaining, this won’t be the end of recruiting for us.”

The highest-rated player that Cal announced signing by Wilcox’s mid-afternoon Zoom call with reporters was four-star offensive lineman Trent Ramsey, who played this season in Florida but is a former Arizona high school teammate of Cal quarterback Kai Millner.

The Bears’ best recruit may wind up being running back Jaydn Ott of Norco, California, a four-star prospect who committed to the Bears months ago then opened up his recruiting again. He reportedly has chosen Cal over Oregon State and Colorado, although the program didn’t immediately announce his signing.

Quarterback is a key position for the Bears after four-year starter Chase Garbers’ decision this week to pursue the NFL rather than use the extra COVID year at Cal.

The only scholarship quarterbacks on Cal’s roster are freshmen Miller and Zach Johnson and grad transfer Ryan Glover, who was less-than-impressive in his one appearance this season.

Wilcox said the Bears anticipate adding a quarterback, perhaps soon, and hinted it could be a veteran that comes out of the transfer portal.

TOP RECRUIT: No news that emerged Wednesday was bigger than Wilcox’s decision last Friday to turn down an offer to become coach at Oregon, his alma mater.

Five days later, Wilcox surprised no one by downplaying the entire episode.

Asked to explain his decision to remain at Cal, which has experienced nowhere near the success in football as Oregon in recent decades, he said, “I really enjoy being here at Cal, working with our players. We feel like we have unfinished business here. We are very optimistic about the future.”

Referenced the five games Cal lost by seven points or fewer, Wilcox added, “If we can find those margins in our offseason programming and how we coach and how we play, we feel like we can do some special things here at Cal.”

Wilcox confirmed he has had conversations with the administration about extending his contract.

Rated as the nation’s No. 14 running back prospect by Rivals, Ott would become the plum of Cal’s recruiting class.

STAYING OR LEAVING: Uncertainty in the recruiting process extends beyond high school prospects trying to settle on a school. Some current players who still have the option of using their COVID year, have yet to make decisions about their future.

That includes outside linebacker Kuony Deng, who missed most of this season with a lower-body injury but would be a key member of the Bears’ defense, if he opts to return. Wilcox said the coaching staff intends to give them time to decide.

The 6-foot-1, 314-pounder announced Tuesday morning his decision to back out of his commitment and flip to TCU and former Cal coach Sonny Dykes.

By Tuesday night he was back on board with the Bears. But that commitment lasted perhaps 18 hours before he reversed his field once more and signed with TCU.

Here are the highlights of the Bears’ Class of 2022 so far:

My husband may not know I’m not talking to him