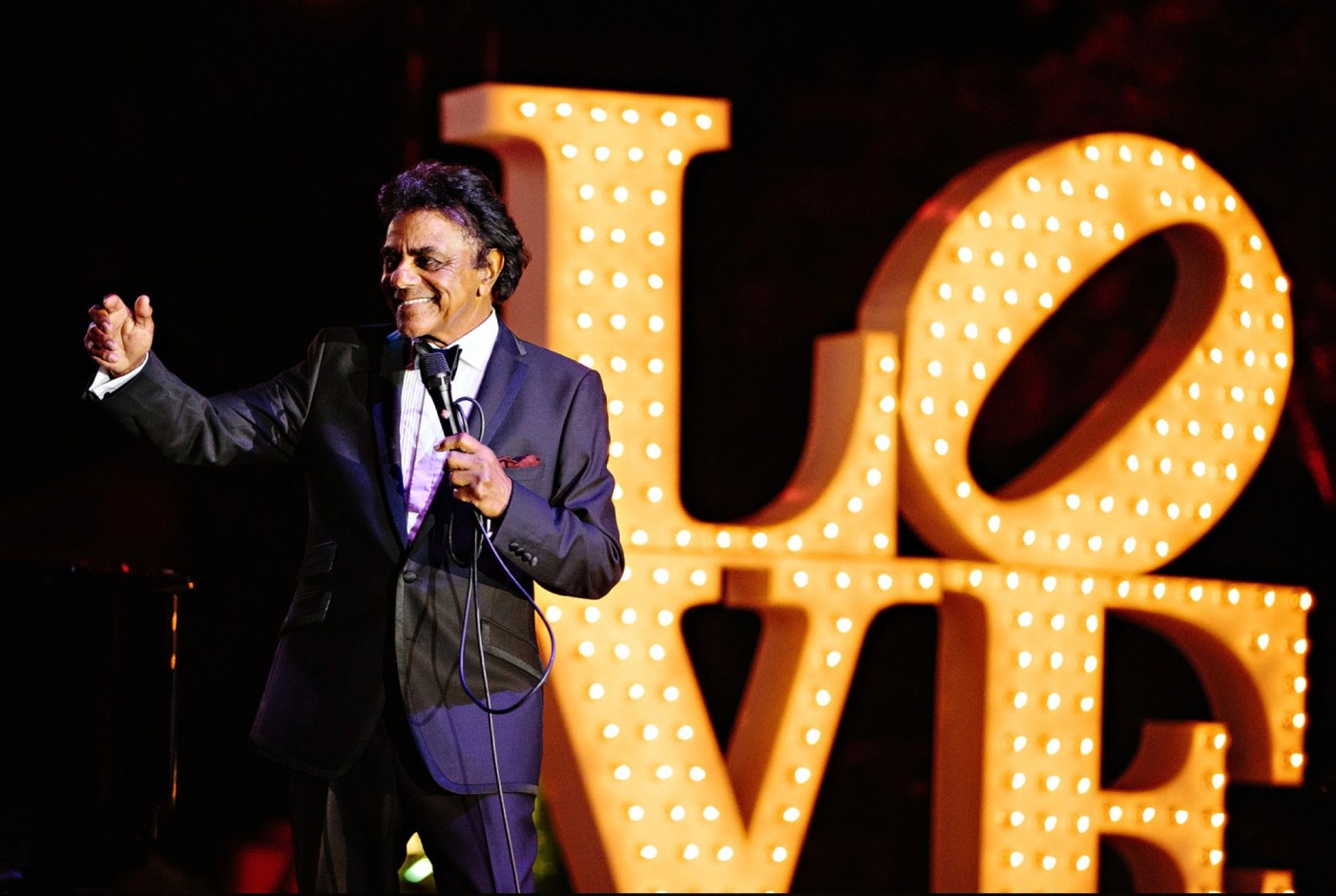 Johnny Mathis was just two years into his career as a recording artist when in 1958 he released his hit album “Merry Christmas,” a perennial Christmas classic to this day.

Since then, Mathis has released five more holiday albums, although “Merry Christmas” remains his best-seller with more than 5 million copies sold.

Mathis, 86, still performs a handful of holiday shows every year, as he will on Tuesday, Dec. 21, at the Segerstrom Hall in Costa Mesa.

“Christmas has always been a very big part of my life,” Mathis says when he calls from his Los Angeles home recently. “I think most people that do what I do, singing, will tell you that the holidays, especially the Christmas holidays, are very special because in that time of the year, you’re required to sing Christmas songs.”

Not, he’s quick to note, that he hadn’t loved songs such as “Winter Wonderland,” “Sleigh Ride,” and “White Christmas” even as a teen in San Francisco who dreamed of a life as a singer.

It’s his father, Clem Mathis, who is largely responsible for Johnny’s professional singing career, which marked 65 years this year, Mathis says, all but a few of those signed to Columbia Records.

“The reason I sang, my dad sang, and of course, I loved him very much,” Mathis says. “We hunted and fished together, and while we were there, he would sing to me.

His father also pushed him to get proper vocal training to strengthen and protect his voice, which Mathis did by running errands for a voice teacher.

“I got lucky. I met a lady, her name was Connie Cox,” he says. “She was a voice teacher in  Berkeley, I think it was. Someplace over the water from San Francisco. And over the years, I cleaned her apartment, ran errands for her, and sat in her studio and listened to her teach voice to her students.

“Eventually, I would have maybe five or 10 minutes while she changed students, and I would run in and she would show me things,” Mathis says. “The real essence of what I got was by listening to her teach voice to her paying students.”

Mathis also took music classes at San Francisco State College, where he’d won an athletic scholarship and was an Olympic-caliber high jumper. But music, and the jazz scene of San Francisco, was always his first love.

“The lady who was very prominent in my being recognized by Columbia Records owned a jazz club in San Francisco, and this wonderful man, his name was George Avakian, came through to promote his jazz musicians,” Mathis says.

“He happened to hear me sing one day, I think I was rehearsing with one of my buddies – I think I was 17 at the time,” he says. “And he said that he thought I might have a career as a singer.”

Avakian was only in San Francisco for a few days, but he promised to look up Mathis when he returned the next year. To Mathis, it might as well have been an eternity.

But Avakian, who was the head of jazz music at Columbia at the time, was true to his word, and in 1956 signed Mathis to a recording contract and brought him back to New York City to make his first album.

“I don’t think I was very prolific as a jazzer, but that was what was sort of de rigueur at the time,” Mathis says.

His debut, “Johnny Mathis: A New Sound In Popular Song,” didn’t sell much, Mathis says. “At the time, I don’t think anyone heard it,” he says.

But musician and conductor Mitch Miller, who at the time was also a top executive at Columbia Records, heard something in Mathis’s voice that seemed better fit for romantic pop than jazz and took over the course of his career.

“He was a big muckety-muck in popular music at Columbia,” Mathis says. “He heard me sing and says, “I think we can make some money if you sing a different song.

“Off I went with ‘It’s Not For Me To Say’ and ‘Chances Are’ and ‘The Twelfth of Never’ and ‘Wonderful! Wonderful!’,” he says. “And before I knew it, I was traveling around the world singing. I kept my jazz fundamentals, but I started having my success singing popular songs.”

Mathis placed 43 songs in the Billboard Hot 100 over the last 65 years, with most of his biggest hits coming in the late ’50s and early ’60s before rock ‘n’ roll took over the pop charts for good.

“Over the years I’ve sung in tandem with other singers, mostly my girlfriends, Deniece Williams, Dionne Warwick, and all of those wonderful lady singers,” Mathis says. “It’s just been a joy and treat for me, because some of these ladies are so gifted vocally, and it’s just fun being around them.”

It’s friendships like those, as well as the love he says he feels from his fans, that keep him singing today.

“I think the thing that matters most – that’s a good song title – is how do you live your life,” he says. “I’ve always been kind of a loner. I never got married. But I was always so involved with music, that it was like something that fulfilled my life.

“I didn’t really feel the need for anything because I meet and hang out with, and have associations, close and otherwise, with audiences that I sing for. And they’re very generous with their emotions.”

And the music, whether jazz or pop, classical or Christmas, all traces back to his earlier days in San Francisco, a city that still holds a large piece of his heart.

“The essence of all of my musical career begins with the fact that I had all these opportunities because of where I was raised, and that’s San Francisco,” Mathis says. “There were so many opportunities, every conceivable kind of music.

“And I took advantage of almost that I had an opportunity to.”