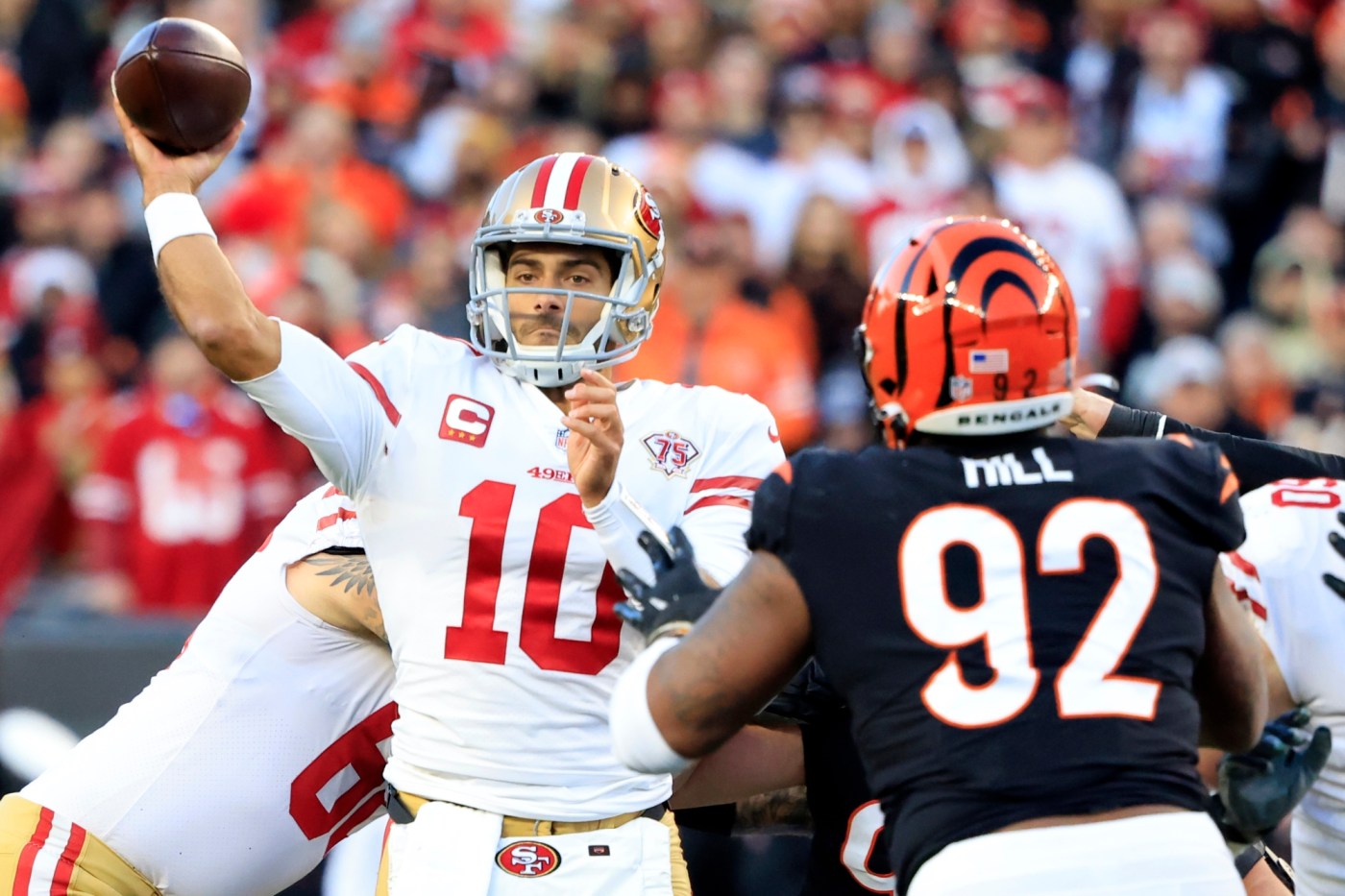 If you wanted to show someone the perfect representation of the San Francisco 49ers in 2021, Sunday’s game over the Bengals would be the one to show them.

The Niners had moments of dominance on both sides of the ball, but plenty of incompetence to go around. But, with the game coming down to the wire, San Francisco had just enough talent to win the game.

Yes, that victory was the story 2021 Niners.

Hey, I never said they weren’t entertaining (or excruciating).

This 49ers season has defied logic. We’re solely in the emotional space, now. The Niners are an NFL Rorschach test. Good, bad — the Niners are whatever you believe them to be.

For the life of me, I wish I knew what this team truly was. My theories fluctuate by quarter, by drive.

But I can say this without hesitation or equivocation: These Niners are a playoff team.

With Sunday’s win over the Bengals, the Niners’ path to the playoff was cleared.

This team has four games remaining. Win just one of those games and they’re likely in the seven-team NFC field, thanks to tiebreakers over the Eagles and Vikings, two fellow teams in the hunt.

Two more wins and the playoffs are all but guaranteed.

And no matter what you think of the Niners, with the lowly, 2-11 Houston Texans remaining on their schedule in Week 17, that win this team still needs should be considered in the bag.

Are the Niners worthy of a berth in the postseason? Clearly, the standard has been lowered. That said, they have a few of the best players in the NFL — left tackle Trent Williams, tight end George Kittle, and defensive end Nick Bosa — along with some Pro Bowl-caliber players in do-it-all offensive weapon Deebo Samuel, linebackers Fred Warner, Azeez Al-Shaair, and running back Elijah Mitchell.

Of course, a team with that much talent is playing for the playoffs. In fact, they should have a nice seed — perhaps No.5 when it’s all said and done.

But while every team flounders for moments and has specific points of weakness, the Niners’ shortcomings truly resonate.

San Francisco might have the worst cornerback situation in the league right now. The right side of their offensive line is questionable at best. And this team has an uncanny ability to mess up at least one thing on special teams every week.

It all balances out, I think.

Which means that the barometer of the squad might just be the quarterback.

It’s hard to say that he didn’t have his moments on the critical drives of the game. He also throw a should-be, game-losing pick-six on the final drive of regulation and was held to three total points in the final two quarters. Garoppolo had a QBR — ESPN’s proprietary quarterback rating stat that is graded out of 100 — of 52.8.

Garoppolo’s fluctuations between competence and abject failure, plucky gamer and fatally flawed signal-caller are why the Niners have decided to move on from him with Trey Lance… eventually. No. 10’s lame-duck season is undoubtedly the reason why this campaign has been so difficult to decipher.

Seriously: what did we really learn about this team Sunday?

What have we learned about this team overall?

These next four weeks might just be telling for the Niners. The job is nearly done, and the bare minimum will be enough to achieve a goal. But we could find out even more than that now that the games carry some serious weight.

Maybe the Niners’ prodigious fight, plus their top-end talent is all that’s needed to not just make the playoffs but make some noise there, too. If the NFL’s rewarding mediocrity these days, why can’t the Niners go a round or two?

Or perhaps this league is truly all about quarterbacks, and the Niners’ moment of reckoning is nigh.

Who can really say? We’re all just guessing which Niners team will show up for the next game, the next drive, the next play.