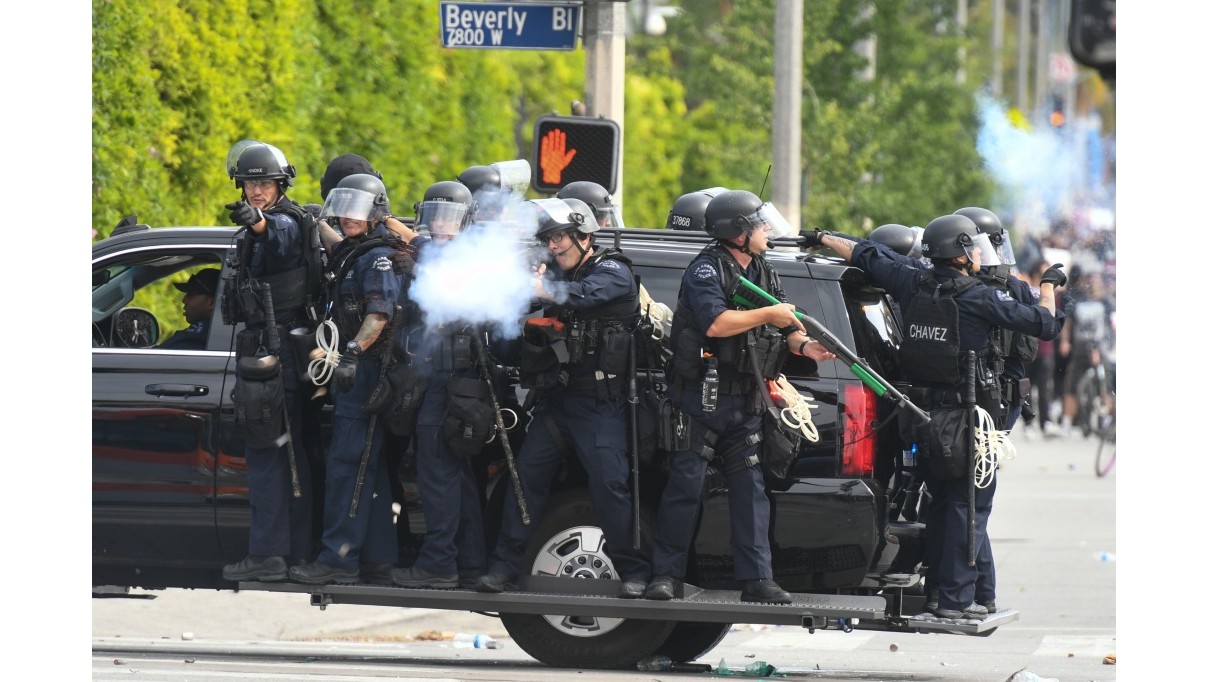 LOS ANGELES — A Los Angeles police captain is suing the city, alleging he was downgraded in his position after complaining that beanbag shotguns were wrongfully being used against non-violent demonstrators and media members in 2020 during protests after the George Floyd murder.

Capt. Johnny Smith’s Los Angeles Superior Court whistleblower suit was filed Tuesday and seeks unspecified damages. A representative for the City Attorney’s Office did not immediately reply to a request for comment.

Smith is the commanding officer of the Los Angeles Police Department’s Foothill Division. During the unrest and demonstrations after the May 2020 death of George Floyd, Smith told his commanding officers and Chief Michel Moore that officers were using bean bag shotguns against peaceful demonstrators and members of the media who were not threatening any individuals or property, according to the suit.

A beanbag round is not to be used for crowd control unless an officer reasonably believes someone in the gathering poses an immediate and/or imminent threat of violence or physical harm to another person, the suit states.

Verbal threats of violence and non-compliance by demonstrators do not justify the use of beanbag ammunition against a person because the rounds can cause serious injuries, according to the suit.

Smith disclosed that demonstrators and a reporter were shot at a close range and he wanted the LAPD’s Force Investigation Division to look into the lawfulness of the shootings, but his supervisors told him to “let it be” and so no appropriate investigation was conducted, the suit states.

Smith also told his bosses and Moore that some LAPD officers regularly failed to properly activate their body cameras during daily operations, meaning the devices were not operating during many “categorical uses of force,” the suit states.

“Plaintiff reasonably believed that this policy was a violation of an individual’s civil rights if a person was stopped by officers who used force and intentionally did not turn on their (body camera),” the suit states.

Smith also wanted to report his concerns about the body camera issues to the Los Angeles Police Commission, but because of his disclosures, he was downgraded in December 2020 from a captain 3 to a captain 1 and his ability to promote or advance in rank has been impaired, the suit alleges.