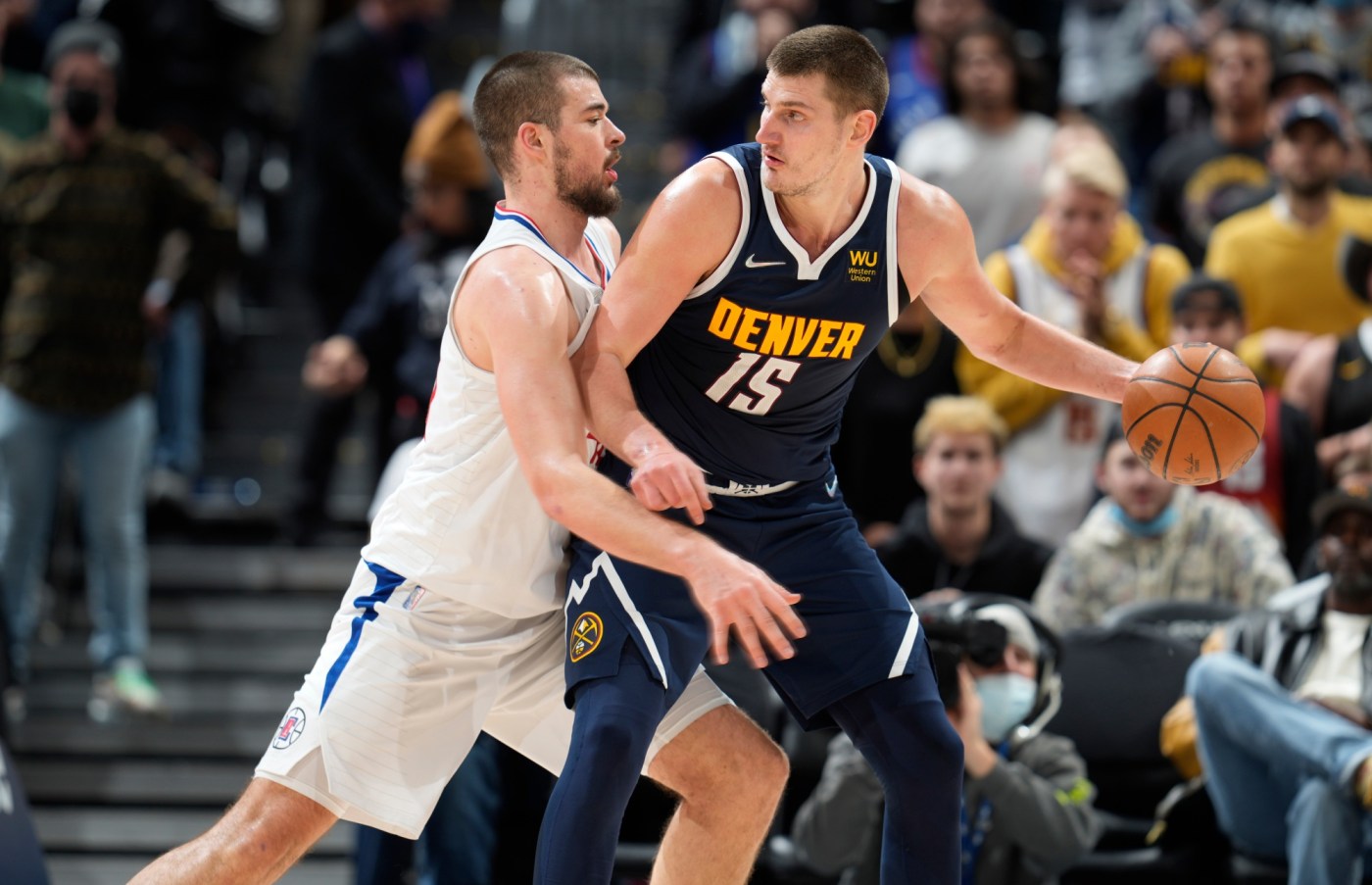 Tyronn Lue wanted his Clippers to get out to a good start on Wednesday night in Denver.

They did that – and they stayed on late. They built a 15-point lead, lost it and then hung tough in a wild back-and-forth overtime session.

Aaron Gordon’s 3-pointer with 1.9 seconds left gave the Nuggets a 130-127 lead, and, after Luke Kennard hit a technical foul shot, Reggie Jackson’s halfcourt bank shot for the win was on-line but a little too hard and the Clippers lost a heartbreaker, 130-128.

Ivica Zubac went 15 for 19 from the field and scored eight of his career-high 32 points in extra time, when the Clippers were outscored 16-14.

After taking a few moments to swig some water and calm down, a frustrated Lue said: “We lost, but we can play with the best of them, no matter who’s on the floor.”

After fighting back from 17 points in a three-point loss to Denver in December and then coming all the way back from 25 points down to win by two against the Nuggets earlier this month, Lue really didn’t want his perpetually short-handed squad having to dig out of another deep hole.

So, before 14,547 fans at Ball Arena, the Clippers made Denver the chasers in a frenetic, chaotic affair that ebbed and flowed and yet again came down the wire.

Reigning league MVP Nikola Jokic finished with a season-high 49 points, 14 rebounds and 10 assists, including the game-winner on Gordon’s 3-pointer.

Battling with Jokic through several calls or non-calls with which the Clippers took issue, Ivica Zubac had a career-high in points and 10 rebounds.

Jackson had 28 points and a season-high 12 assists, Brandon Boston Jr. added 16 points and a few words for a heckling fan a few rows up.

And Eric Bledsoe came through with 13 timely points.

It was a tough way to start an eight-game road trip, their longest in seven seasons, without Marcus Morris Sr. (personal reasons) and Nicolas Batum (health and safety protocols), who were removed from the equation Wednesday, as well as injured All-Stars Kawhi Leonard (ACL) and Paul George (elbow) sidelined indefinitely.

But Luke Kennard and Justise Winslow played for the first time since checking out of health and safety protocols Monday, Kennard having gone onto the COVID-19 list on Jan. 1 and Winslow on Jan. 9.

To start, the Clippers maintained momentum from their 139-133 victory over Indiana on Monday with a big first half in which all 10 players who checked in scored, they recorded 17 assists on 24 buckets and had six offensive rebounds, 12 second-chance points and, most importantly, a 59-47 lead.

Amir Coffey’s 3-pointer with 9:24 to play in the third quarter pushed the Clippers’ lead to 70-55 – matching their biggest of the night.

But then they found themselves in one of their familiar scoring lulls, managing only three points – all on free throws – before Bledsoe’s 3-pointer with 1:54 left in the period, which to cut what was, by then, a deficit to 77-76.

Bledsoe hit another 3-pointer to tie it, proceeded to poke away the ball from Aaron Gordon and darted to the rim for a layup to the Clippers back ahead, 81-79.

The teams went back and forth to start the fourth quarter before a 12-4 Clippers spurt that was capped by Kennard’s first and only 3-pointer – which had him mouthing “thank you” and the scoreboard reading 99-95 in his side’s favor.

The Nuggets responded with an 8-0 run that tied it 108-108. Zubac hit a hook shot, Jokic hit two foul shots and Zubac hit two of his own – before the Clippers’ big man was called for his sixth foul – a call that foul overturned after Lue challenged it.

After Jokic spun past Zubac to tie it 112-112, Jackson lofted a floater over him. Then the Nuggets’ Will Barton willed in a layup of his own to tie it again at 114-114.

After Terance Mann – to his great dismay – couldn’t get a shot off to beat the clock, the Nuggets got the ball back and 2.9 seconds to work with, but Jokic’s shot over Clippers’ 7-footers Zubac and Hartenstein was wide, sending the Clippers to overtime for the second time this season.