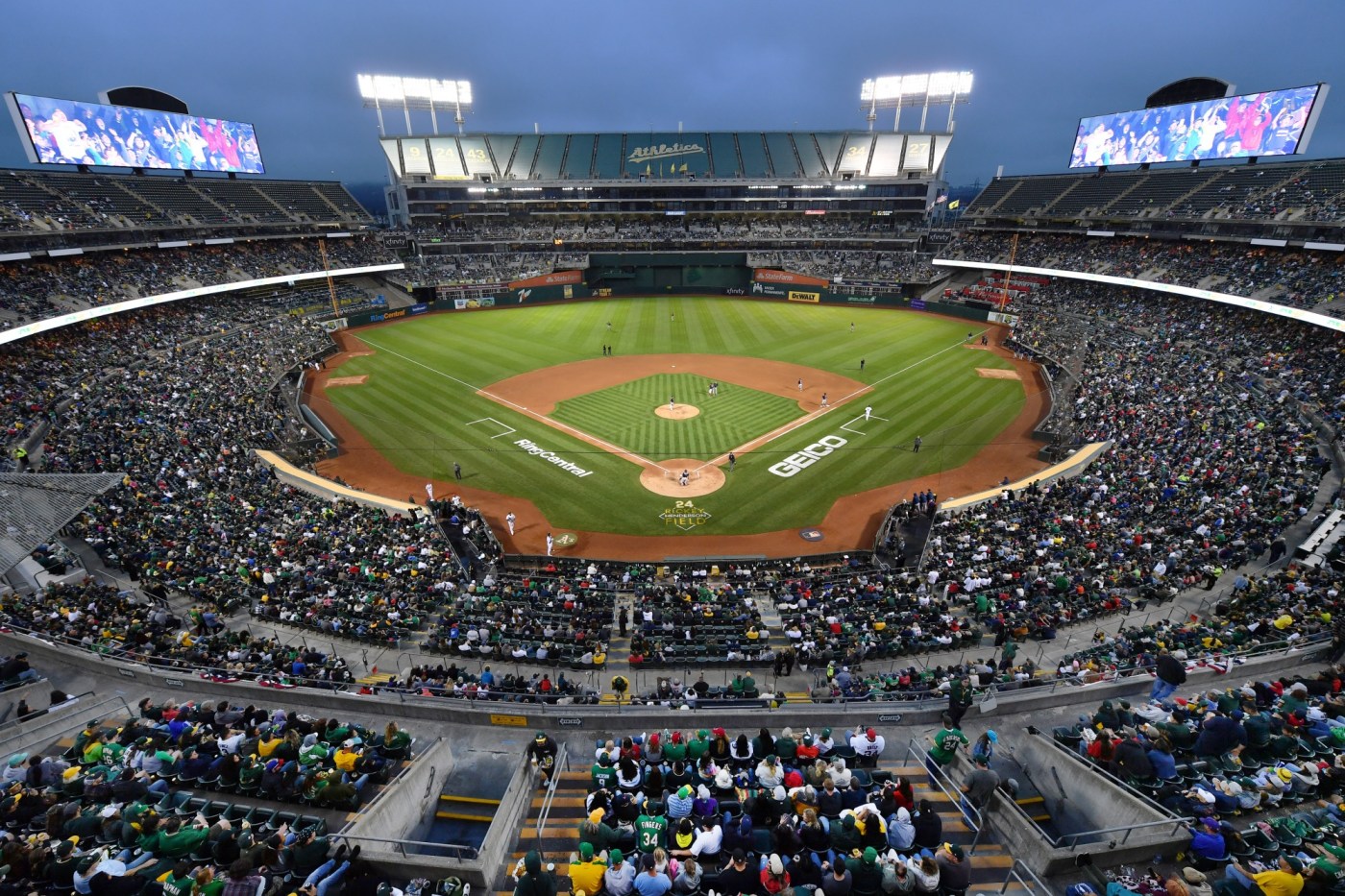 Oakland A’s fans will be required to show proof of vaccination to access any indoor spaces at the Oakland Coliseum.

Fans do not need to provide proof of vaccination to enter or attend the game, but the team will have to abide by the still-in-place City of Oakland ordinance for their indoor spaces.

The ballpark page on the A’s website lists The Treehouse, Shibe Park Tavern, Bulleit Bar and the teams stores at Gates C and D as indoor spaces that fans will have to show proof of vaccination to enter. The team’s website did not display the note about the vaccination requirement as recently as last weekend.

The A’s home opener is on Monday night against the Baltimore Orioles. The team announced the news late Friday night via their public relations’ twitter account, saying it is a “mandate” from the City of Oakland.

Per the City of Oakland, fans are required to show proof of vaccine to access indoor spaces at the Coliseum. The vaccine verification is a City of Oakland mandate.

Oakland’s ordinance went into effect on Feb. 1 and business were required to post a notice about the ordinance by Jan. 15. The ordinance remains in effect, despite several other governmental bodies removing their own policies.

The ordinance does provide two exceptions to the vaccine requirement: verification of a medical exemption or proof of a recent negative test with photo identification. But as of Saturday morning, the A’s haven’t clarified whether those exceptions will be in place at the Oakland Coliseum.

The State of California removed its proof of vaccination or negative test requirement for “Indoor Mega-Events (events with 1,000 or more attendees)” as of April 1, and several local municipalities followed suit, including San Francisco and Santa Clara County.

The San Jose Sharks and the Golden State Warriors both dropped their requirements as soon as allowed by the state and local governments. The San Francisco Giants opened their season on April 8 with no restrictions in place for any of their spaces.

The requirement for vaccination in the City of Oakland remains in place, though, meaning the A’s must follow it. The ordinance lists no specific expiration date, but says it will expire whenever the city lifts its original declaration of local emergency from March 2020.