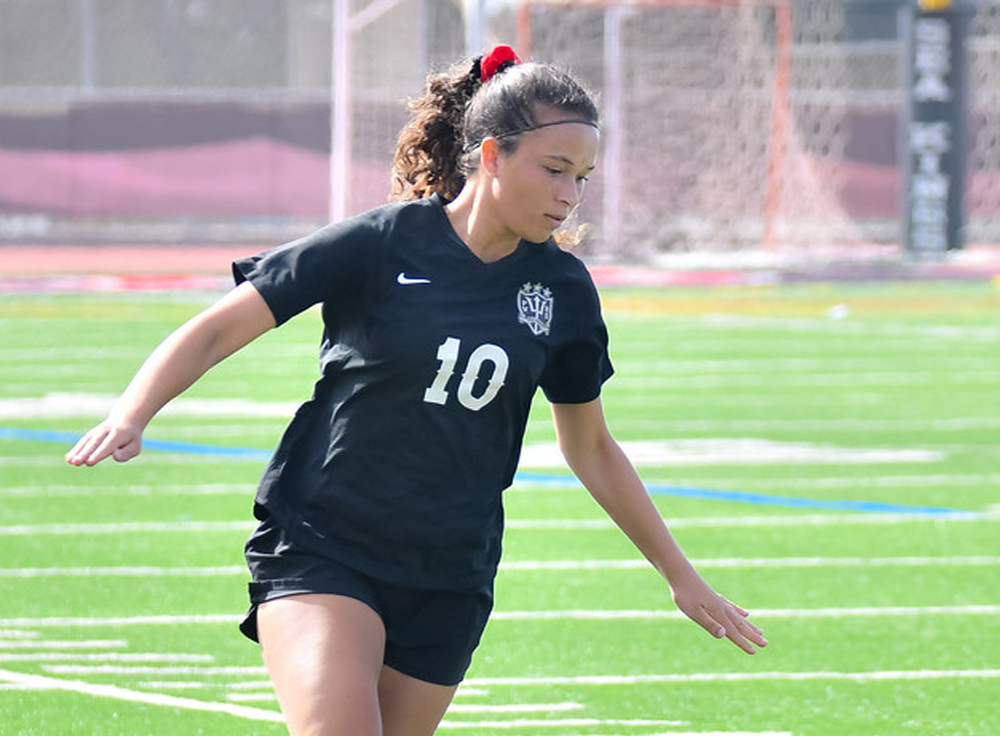 Palos Verdes girls soccer forward Natalia Huntington is off to a hot start.

In all seriousness, that’s a huge understatement.

In the first four games of the season, Huntington has already scored eight goals and added four assists.

“Last year, she finally got an opportunity to be part of our program after playing two years in the Development Academy,” PV coach Sean Lockhart said. “Seeing what we saw last year, we expected that she would be a scoring presence for us.

“Never did we anticipate that she would have eight goals already.”

The school record is believed to be 25 goals.

Despite her strong start to her senior season, Huntington hasn’t committed to any colleges yet.

“The recruiting trail is so interesting,” Lockhart said. “The way she is playing, you have to imagine will help her in the long run …you can’t coach goalscoring.”

PV and Huntington will begin play with two games today in the South Holiday Tournament. PV is in Pool E, which will be played at Redondo. PV will face El Segundo at 8 a.m. and Cantwell-Sacred Heart at 2 p.m.

Here are the other pools for the start of the South tournament.

Pool A will be at Mira Costa. The Mustangs will be joined by North Torrance and Charter Oak.

Pool B is also at Mira Costa. Marymount, Animo Leadership and Culver City are the teams.

Pool C and D are at South. In Pool C, West, Bishop Montgomery and Santa Monica will play. In Pool D, South, Port of L.A. and Peninsula will play.

Pool F will be played at Redondo. The Sea Hawks are grouped with Torrance and Cajon.

The winners of each pool and the top two second-place teams will advance to championship bracket, Dec 18 at South

Palos Verdes 3, Clovis 0: Ollie Knotek had a pair of goals and an assist in the win.

West Torrance 2, San Pedro 0: Carson Bandel and Anthony Erhahon scored for the Warriors in their win.

Mira Costa 3, Leuzinger 0: Diego Rodriguez-Borlado had a pair of goals and Rohan Ghosh Choudhuri had the other for the Mustangs.