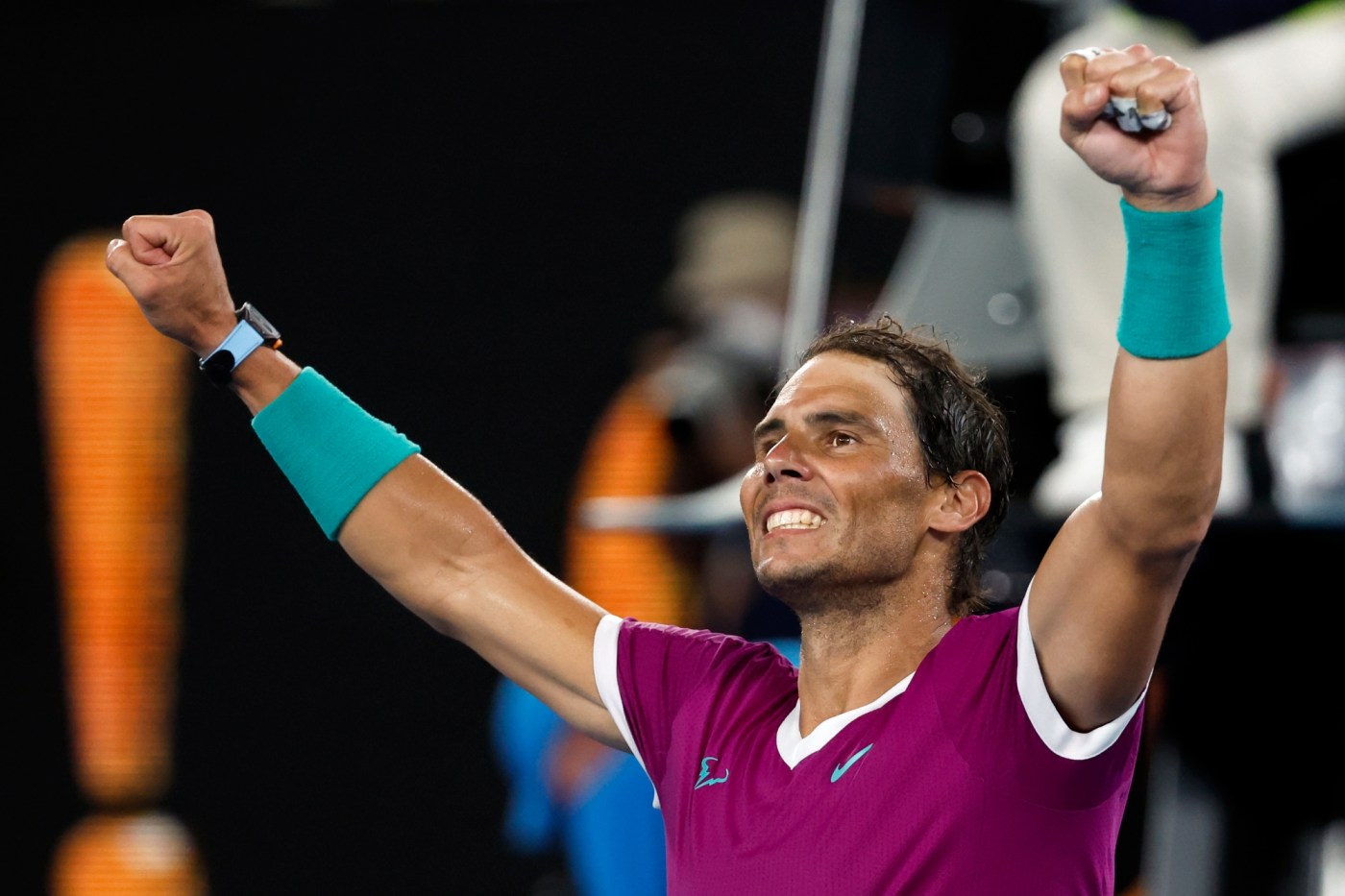 MELBOURNE, Australia — Rafael Nadal is within one victory of a record 21st Grand Slam singles title.

The 35-year-old Spaniard advanced to the Australian Open final for a sixth time with a 6-3, 6-2, 3-6, 6-3 win Friday over seventh-seeded Matteo Berrettini.

After the last point, Nadal stopped, beamed a wide grin and then punched the air three times.

Nadal arrived in Australia not knowing how long he would last after months off of the tour dealing with an injured foot and then a bout of COVID-19. He skipped Wimbledon after losing in the French Open semifinals to Novak Djokovic, and he didn’t play at all after August last year.

“Every day has been an issue in terms of problems on the foot. Doubts still here … probably for the rest of my career because I have what I have and that’s something that we cannot fix,” Nadal said. “But for me it’s amazing … (to) just compete and play tennis at the high level again, facing the most important players of the world.”

Nadal won a tune-up tournament and has taken six consecutive matches at the first Grand Slam event of the year.

One more and he’ll break the record of 20 major championships he shares with Roger Federer and Djokovic. Nadal would also become just the fourth man to win all four Grand Slam titles at least twice.

In the championship match on Sunday (late Saturday night PT), he will play the winner of the later semifinal Friday between U.S. Open champion Daniil Medvedev and French Open runner-up Stefanos Tsitsipas.

Nadal’s win over Wimbledon runner-up Berrettini, under a closed roof at Rod Laver Arena because of heavy rain, was his 500th on hard courts at tour level. He’s only won the Australian Open once, in 2009.

Adding a second was his lone focus after yet another semifinal win.

“For me, it’s all about the Australian Open more than anything else,” Nadal said in his on-court TV interview. “I have been a little unlucky (here) in my career with some injuries. I played some amazing finals with good chances.”

He lost classic five-set finals here to Djokovic in 2012 and Federer in 2017. Nadal lost in four sets to Stan Wawrinka in 2014 and had a straight-sets defeat against Djokovic three years ago.

Nadal broke Berrettini’s opening service games in the first two sets and, after dropping the third set on a rare service lapse, he rallied to finish off the match in just under three hours. That in itself was a relief after his long five-set win over Denis Shapovalov two days earlier in the quarterfinals.

Nadal was the only member of the so-called Big Three who had a chance to break the deadlock in Australia this time.

Federer missed the tournament to continue his recovery from knee surgery. Djokovic, who has won nine of his Grand Slam titles at Melbourne Park, was deported after an 11-day visa saga on the eve of the tournament because he failed to meet Australia’s strict COVID-19 vaccination requirements.