The dawn of the ‘Remote Work Era’ has called into question the necessity of the American office, in all of its gray-paneled desk spaces, glass-box meeting rooms and communal kitchenette glory.

One fourth of the offices in Los Angeles –– around 51 million square feet –– are empty, the Commercial Observer reported, while Gallup analysts “bet” that 37% of American work desks will remain vacant.

What the surveys and polls cannot predict at this state in market research are the metrics tailored to specific company types to identify what works best for some in contrast to others.

In many ways, American companies are trudging through a Wild West of the workspace debate.

This is where experts like David George, CEO at CRUX Workplace and real estate and workplace strategy consultant of more than 35 years, come in.

“The office is the beating heart of the business,” he says. “It’s a great place to learn, collaborate and keep the culture alive; we learn culture through presence.”

The office is where clients step into the control room of a company’s mission statement; where employees can access the assistance and support needed to get the job done; where trainees are on boarded and behavioral patterns, “tricks of the trade” are passed on through apprenticeships.

“Sharing a space makes you feel a part of something bigger,” George says. “It facilitates an emotional bond.”

With that being said –– a coronary bypass is long overdue.

Moving forward, however, he sees an inversion of priorities –– scaling a 60-40 split in favor of areas for collaboration and activity-based working. For in-office days, employees would set up at any available, unassigned desk or lounge seat in a designated zone.

Either way, reducing real estate –– often the second-highest cost to labor –– assures savings for businesses looking to optimize their space.

To date, CRUX Workplace has minimized the real estate demands for 49 companies, in place of flexible workplace designs, saving more than $84 million.

Hailing from the United Kingdom –– where agile work schemes have been normalized since the early 2000s –– George has one-upped insight on what’s to come for stateside work spaces.

Only big tech companies, like Google and Apple, were dabbling in the flexible working in 2016, George estimates, allowing employees to work off-campus and outside of core working hours.

Shortly after, of course, work-from-home transitions were fast tracked nationwide due to the global pandemic that led to a period of growing pains for employees and higher ups alike.

During this shift, companies found that focus work and general process work can successfully be done when working remotely, overwhelmingly to the employee’s preference.

Even with at-home troubleshooting still ongoing, the one certainty within the industry is that some level of remote work is here to stay. The variable of those migrating en masse back to the office may take a few seasons.

To estimate the approximate square footage a company would need, CRUX offers an online analytical survey called the Work Engagement Tool. By surveying each employee cross-departmentally on their work-activity needs, the algorithm can predict the amount of rentable square foot executives need for their business with surprising accuracy, sans direct consultation.

The back-end data collected can also provide insight on who works with whom, mapping out a floor plan that encourages collaboration.

“It’s as much about saving space as it is creating a workplace design for an employee to do their very best work; helping them reach their highest performing potential is how your team becomes most profitable for your organization,” George says. “That’s what we do.”

The interest in creating efficient and effective workspaces incorporating employee input and exploring new strategies is evident. A worldwide poll of over 30,000 respondents, hosted by Statista, reported that 66% of company leaders are looking to redesign their office space for hybrid work.

Taking that a step further is the Knight index, a leadership assessment tool that measures performance and psychological well-being of a team, scoring it against select benchmarks.

Developed alongside Dr. Craig Knight, founder of workplace consultancy group Identify Realization Limited, the Ki dashboard offers actionable insights to upskill managers and leaders to manage a hybrid or fully remote team, on and off site.

“When you look at the science behind why people complain about it being too warm or too cold in an office, those people that complain tend to be those who are unhappy with the culture and the way that they’re managed in that company,” George says.

Ills of the Remote Work Era aren’t going to be cured by raising the thermostat or throwing in a couple of funky, ergonomic lounge pods into the mix. 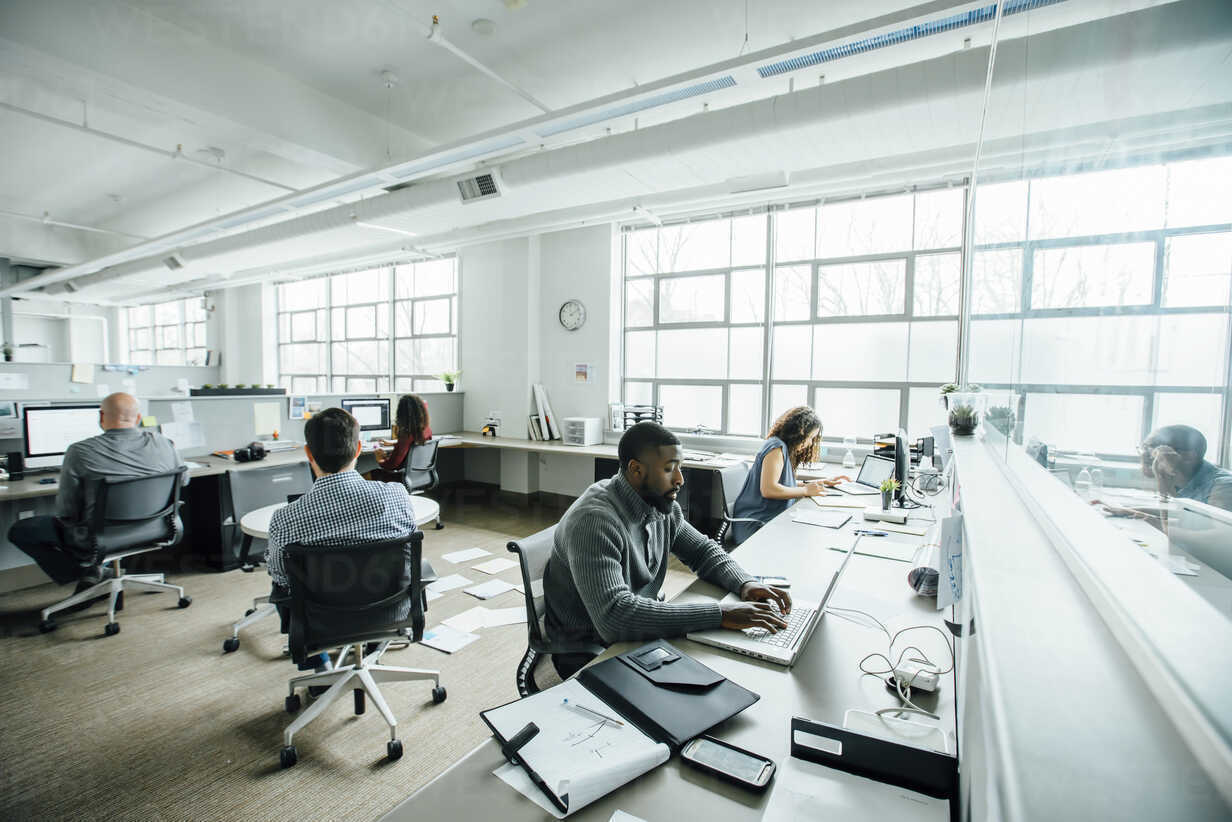 Retrofitting the American office as a flexible workspace challenge more than a blueprint –– it also disputes a company’s structural narrative.

Old school practices of power, control, discipline and status are no longer practical in a remote working model.

The “meet me in my office” talks for running 15 minutes late, extended lunch hours and chatty breaks are no longer enforceable in a remote working reality. Managers can no longer rely on visibility bias as an indicator of a hard worker if three-quarters of their staff are on assignment at-home.

“All of that has to go,” George says. “It’s completely irrelevant in today’s world.”

In his own study, interviewing leading companies responsible for 760 million square feet of office space and over 200,000 employees, George found that CEOs are stubbornly gripping to their old ways, with low trust in change partial to a proven path to success. His report found that 60% of CEOs mandating a return to office this Spring, with only 40% having no set date.

This is despite low occupancy levels, recorded from Fall 2021 through January 2022 after the Delta variant subsided, that reported 15-20% attendance midweek, 10% on Mondays and less than 5% on Fridays for office-based employees.

Many CEOs set up ‘pull’ initiatives to encourage a return to the office through free lunches, happy hours and other miscellaneous in-person mixers.

“Executives have been very sheltered during the pandemic; they have escaped the worst,” George says. “They are not really in touch with what the majority of the workforce wants.”

Over the next few years, he describes a kind of ego death managerial teams will have to undergo if they want to attract and keep top talent while facilitating hybrid and agile working models.

“The employee suddenly has a seat at the table,” George concludes in his report. He notes that the new status quo should be one agreed upon by employer and employee.

While giving employees what they want –– flexibility and choice –– managers can look to alternate methods that successfully institute productive constraints.

George advises managers to measure performance by output versus conventional scales of input –– punctuality, presentability, busy working, etc. –– and adjust the company structure from a hierarchical divide into a level-playing field with designated roles for team success.

“Asking employees to articulate their own productivity is just a stupid question to ask, because, you know, it’s so subjective,” George says. “All a manager would have to do is ask the same question differently –– ‘how can I enable you to do your very best work?’ It completely changes the dynamic while boosting organization and motivation.”

In what may be the most unusual job market in our country’s recent history, the American worker, with a new level of class consciousness, is in demand and in command –– they want fair wages, access to healthcare, benefits and flexibility.

If a remote option for continual work is not offered, Small Business Trends estimates that 52% of men and 60% of women will quit. In fact, 61% of Americans are ready to take a pay cut to maintain their remote working status.

If your business is looking to improve performance, reduce real estate costs and attract the best workers, then you would do well to put a call into George.

The question is not if Americans are bluffing, best demonstrated by the legion of quitters of the Great Resignation labor movement, with 33 million Americans voluntarily resigning from their jobs since spring 2021. An all-time high, 4.5 million in the span of one month, was marked in November of last year.

The question is: which companies will step up to lead the way?

For testimonials on the impact of California Business Journal articles, click here.