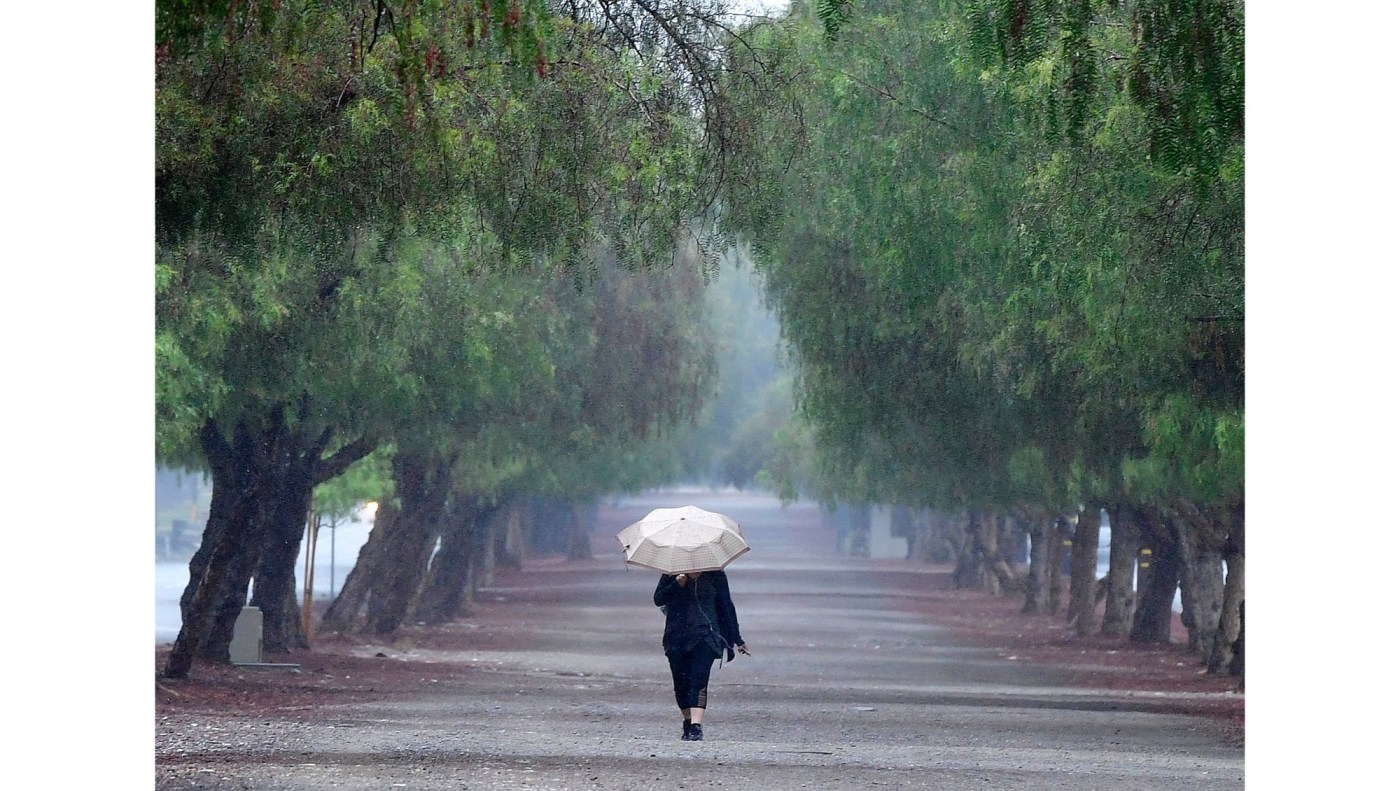 A powerful storm brewing to the northwest is expected to arrive in Southern California Monday evening, Dec. 13, with heavy rain, strong winds, snow and the possibility of mudslides at sites of recent wildfires.

Monday will start out chilly, but sunny. Lows could dip to 33 degrees in Ramona, 34 degrees near March Air Reserve Base, 34 degrees in Chino, and 44 degrees in Fullerton in the morning. Temperatures are expected to climb into the 60s later.

But stormy weather likely will reach Santa Barbara by 7 p.m. that evening, and then Los Angeles County by early Tuesday. Forecasters say the system will drive gusts of up to 60 mph and dump rain and snow on the region as it rapidly moves south and east.

People living in valleys or along the coast should expect between one to three inches of rain during the course of the storm. Foothill areas could receive between three to six inches of rain. That will result in wet roads and the possibility of flooding along low-lying streets, highways and mountain roads, NWS Meteorologist Phil Gonsalves Gonsalves said.

Sliding debris could become a hazard for people traveling near the burn scars left by the Bobcat and Ranch 2 fires last year in the San Gabriel Valley, or the Palisades fire that scorched more than 1,300 acres in the Santa Monica Mountains in May, meteorologists said. Mudslides and falling boulders will likely result in road closures along mountain roads in the San Bernardino Mountains as well, Gonsalves said.

We’re still on-track for a powerful storm late Monday and Tuesday. Winds are looking stronger, so we’ve increased those as well as snow totals in the mountains. #BePrepared #CAwx #LAweather pic.twitter.com/57RrfV92f6

The likelihood of flash floods led San Bernardino County Sheriff’s officials to issue a bulletin to residents near areas that had been threatened last year by the Apple fire near Oak Glen and El Dorado fire near Yucaipa. They were told they may be forced to evacuate as the storm develops, and should be prepared to leave their homes at a moment’s notice.

Meteorologists predict 12 to 36 inches of fresh powder will come down at elevations above 7,000 feet beginning Monday afternoon. Lighter snowfall at heights as low as 4,500 feet may be possible by Tuesday afternoon.

Potentially damaging winds will accompany bouts of moderate to heavy precipitation. A high wind watch will be in effect across Los Angeles County Monday evening and overnight into Tuesday. People in wind-prone areas should look out for falling tree limbs and other blown debris.

The storm should peak on Tuesday before leaving Southern California that evening. Sunny skies return on Wednesday, but temperatures may remain cool through the rest of the week. Even more rain may be possible either late Thursday or Friday, according to early forecasts.

Despite the potential hazards they pose, winter storms bring much-needed precipitation to water-starved Southern California, Gonsalves said. The state has been suffering through a multi-year drought that is unlikely to be solved by any single bout of rain.

“If we need a bathtub full of water to remedy the drought, this is like our first glass,” Gonsalves said.

Projected Monday high temperatures, according to the NWS: