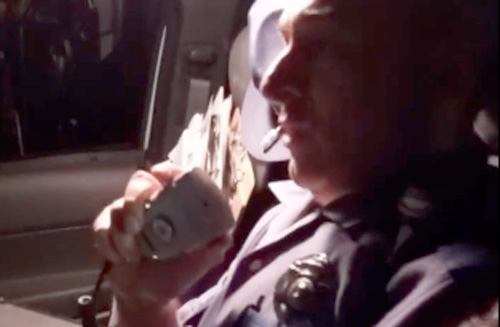 A Washington state trooper who went public with his refusal to get the COVID-19 vaccine has died at age 50, the state patrol said.

Seattle radio station KIRO said the cause was COVID.

Robert LaMay had taken early retirement in October rather than comply with the mandate for state employees to get the vaccine.  A video he posted on social media showed his last transmission from his patrol car, ending with an insult to the governor: “Jay Inslee can kiss my ass.”

He had been with the Washington state patrol for 22 years. He was among 74 patrol officers who lost their jobs after defying the vaccine mandate.

Inslee had signed a proclamation requiring full vaccination by Oct. 18, 2021, of all state employees; higher education, K-12 and childcare employees; and most health care and long-term care providers.

Two weeks ago, congressional candidate Jerrod Sessler announced LaMay’s endorsement and said he planned to appoint him head of a special task force on human trafficking.

Indiana Files: How to Obtain a Police Report Copy if You’re Involved in an Indiana Truck Accident