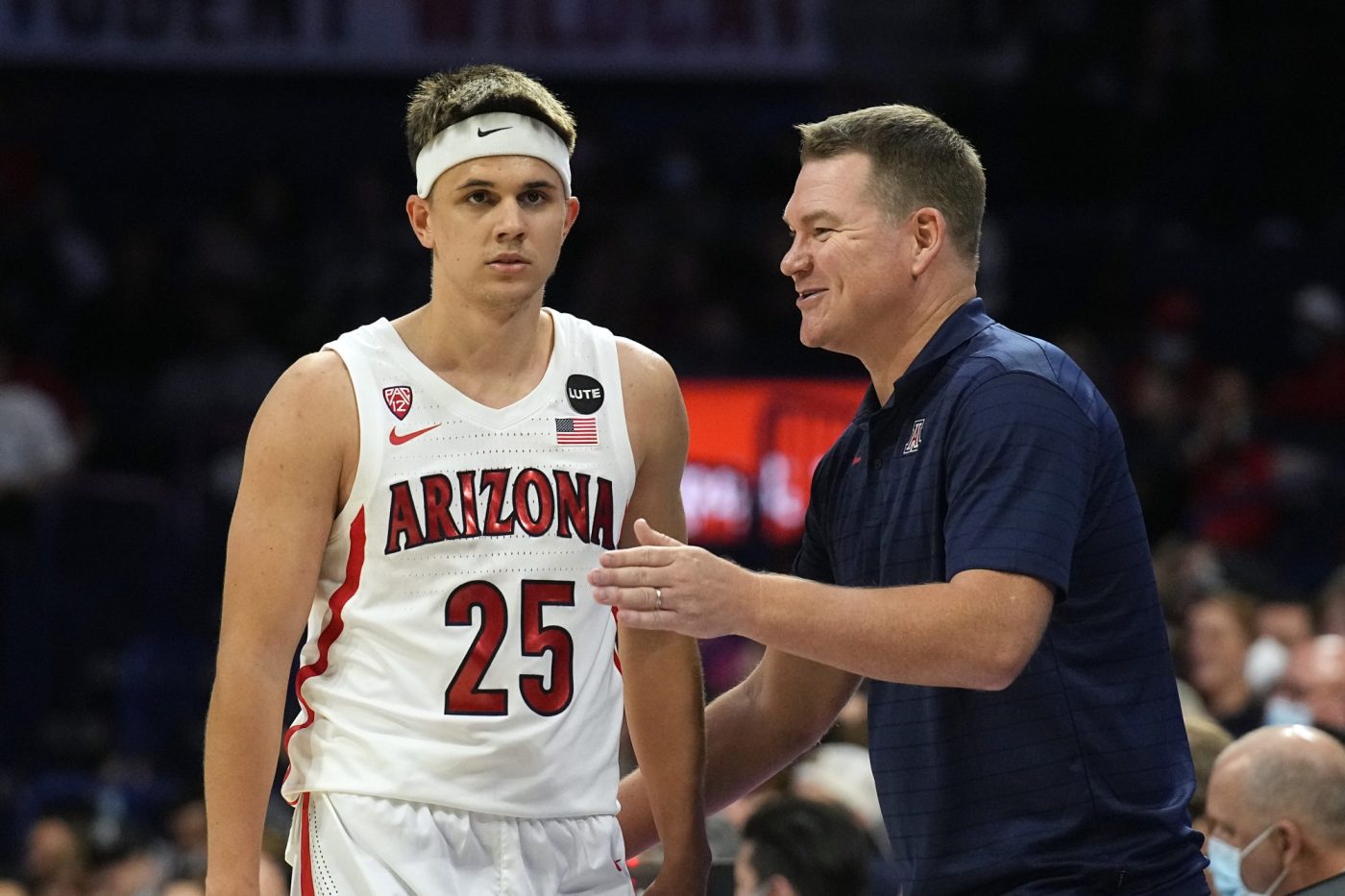 Arizona’s immediate outlook is bright under first-year coach Tommy Lloyd. And because of a recent development thousands of miles from campus, there is reason for the Wildcats to be cautiously optimistic about their longer-term outlook.

The NCAA’s ruling last week on the Auburn infractions case provides a morsel of insight into what fate might befall the Wildcats.

Auburn avoided major sanctions stemming from its involvement in the FBI scandal, with the school’s self-imposed postseason ban at the heart of the NCAA’s lenient approach.

“Auburn self-imposed the postseason ban prior to the 2020-21 men’s basketball season. In doing so, the penalty was significant and not in response to a poor record. Auburn’s decision to self-impose a postseason ban prior to the season reflects the actions of an institution intentionally taking responsibility for severe Level I conduct in its men’s basketball program.”

That could bode well for Arizona, which also self-imposed a postseason ban for 2020-21 — and did so when the team was 7-1 and clearly capable of contending for an NCAA berth.

And unlike Auburn, which has retained coach Bruce Pearl, the Wildcats have purged their program of the coaches involved in the transgressions.

Granted, Auburn’s case went through normal NCAA enforcement channels, whereas Arizona’s will be handled by the newly-created Independent Accountability Resolution Process (IARP). For that reason, we’re wary of drawing conclusions.

But clearly, Arizona has reason to be hopeful that it will avoid a second NCAA Tournament ban.

Of course, the IARP might not even get around to ruling on the case until the spring … of 2028.

To the power ratings …

1. UCLA (8-1/2-0)Last week: 1Result: won at Marquette 67-56Next up: vs. Alabama State (Wednesday)NET ranking: No. 22Comment: For honorary captains Saturday when the Bruins face North Carolina, we’d like to see David Greenwood and Mike O’Koren. If that pairing cannot be arranged, we’d settle for Kareem and Jordan.

2. Arizona (9-0/1-0)Last week: 3Results: beat Wyoming 94-65 and Illinois 83-79Next up: vs. Northern Colorado (Wednesday)NET ranking: No. 1Comment: The Illinois duel marked just the second time the Wildcats have been pushed to the wire. They could use another tight finish at Tennessee (Dec. 22) to get sharp for conference play.

3. USC (10-0/2-0)Last week: 2Result: beat Long Beach State 73-62Next up: vs. UC Irvine (Wednesday)NET ranking: No. 14Comment: We’re not entirely convinced the Trojans are as good as their record and analytics. Our hesitation: The soft non-conference schedule, which ranks 290th nationally (out of 358 teams) in the Pomeroy efficiency ratings

4. Colorado (8-3/1-1)Last week: 5Results: beat Eastern Washington 60-57 and Milwaukee 65-54Next up: vs. Cal State-Bakersfield (Saturday)NET ranking: No. 120Comment: Five of CU’s 11 games have been decided by two possessions or less. If that continues through conference play, free throw shooting will be decisive. Currently, all rotation players are above 65 percent, and all but two are above 70 percent.

5. Washington State (7-3/1-1)Last week: 4Results: beat Weber State 94-60, lost to South Dakota State 77-74Next up: vs. New Mexico State (Wednesday)NET ranking: No. 43Comment: USC’s schedule is stout compared to WSU’s non-conference lineup, which is 309th in the Pomeroy ratings. The selection committee might not take kindly to that approach if the Cougars are under consideration in early March.

6. Utah (7-3/1-1)Last week: 6Results: lost to TCU 76-62, beat Manhattan 96-62Next up: at Missouri (Saturday)NET ranking: No. 63Comment: The schedule worked out nicely with a roadtrip to Oregon on New Year’s weekend, because the only folks left in Salt Lake City on Jan. 1 will be BYU fans and petty thieves.

7. Stanford (5-3/1-1)Last week: 9Result: beat Oregon 72-69Next up: vs. Dartmouth (Thursday)NET ranking: No. 152Comment: The Cardinal’s tangle with Texas in Las Vegas is just one of several critical games for the conference this weekend — essentially, they form what could be considered the Pac-12’s last stand.

8. Arizona State (4-6/1-1)Last week: 8Result: beat Grand Canyon 67-62Next up: at Creighton (Tuesday)NET ranking: No. 179Comment: So we know the Sun Devils aren’t the worst team in their home state. In a few weeks, we’ll see how they compare to the best.

9. Oregon (5-5/0-2)Last week: 7Result: lost at Stanford 72-69Next up: vs. Portland (Wednesday)NET ranking: No. 123Comment: We would be mildly surprised if the Ducks upset No. 1 Baylor this weekend (in Eugene) after a month of poor play. Actually, check that. We wouldn’t be surprised at all.

11. Washington (4-4/0-1)Last week: 11Result: vs. Gonzaga (cancelled)Next up: vs. Seattle (Saturday)NET ranking: No. 222Comment: COVID wiped out the toughest three-game stretch any Pac-12 team was scheduled to face this season: The Huskies had to postpone with Arizona, forfeit against UCLA and cancel against Gonzaga.

Support the Hotline: Receive three months of unlimited access for just 99 cents. Yep, that’s 99 cents for 90 days, with the option to cancel anytime. Details are here, and thanks for your support.

*** Pac-12 Hotline is not endorsed or sponsored by the Pac-12 Conference, and the views expressed herein do not necessarily reflect the views of the Conference.