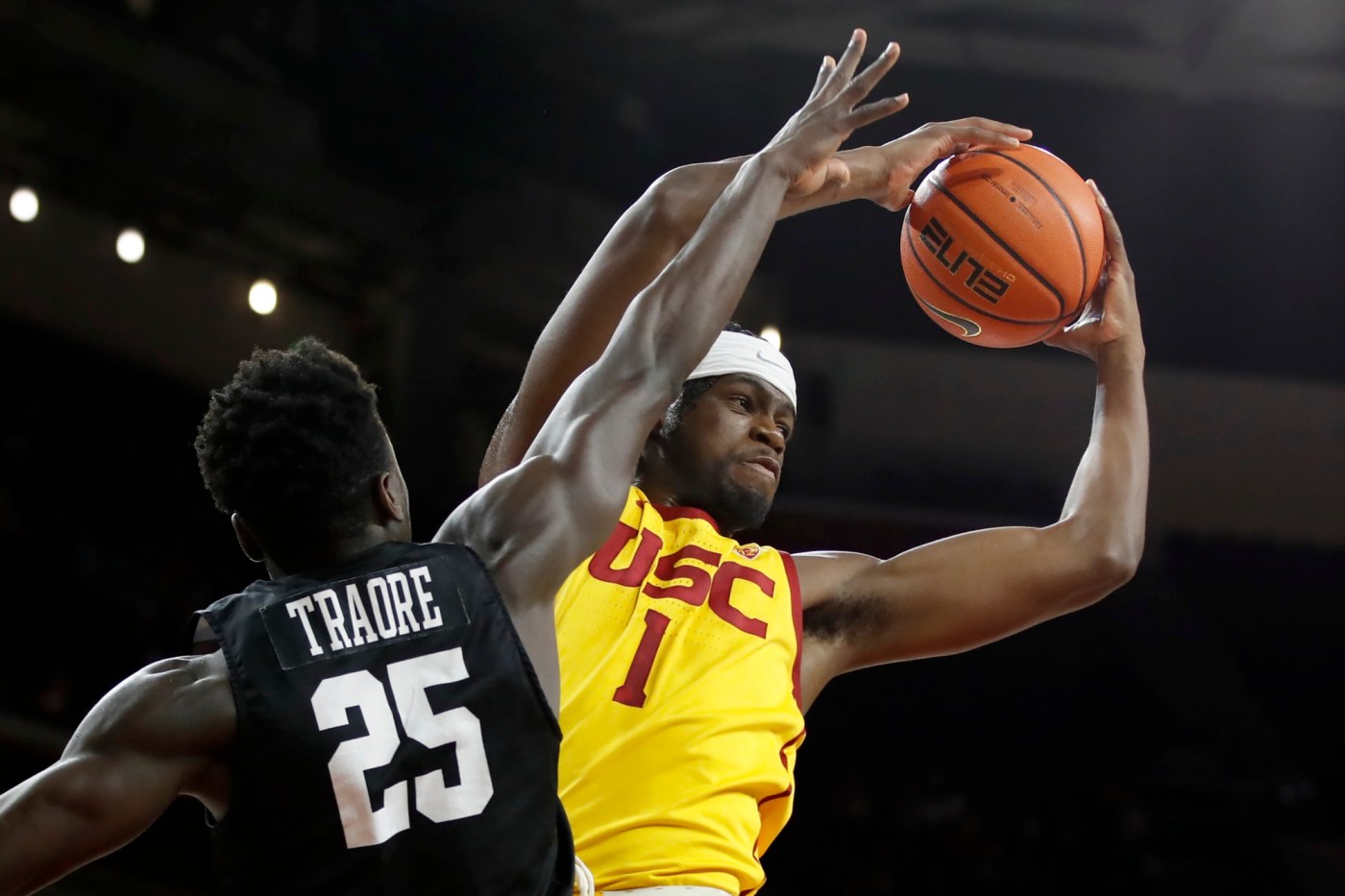 LOS ANGELES — After a sputtering first half, the USC men’s basketball found itself in a draw with Long Beach State heading into the halftime locker room. It wasn’t the type of performance the Trojans had become accustomed to during their undefeated start to the season, on either end of the court.

But then a Chevez Goodwin put-back put USC back up and was quickly followed by an Isaiah Mobley 3. A Goodwin free throw, a Mobley and-one, another Goodwin second-chance bucket and then a Boogie Ellis 3-pointer, and USC had rattled off a 14-0 run to start the second half.

It wasn’t exactly like USC cruised away from Long Beach State (3-7) following the run to open the second half. Colin Slaters scored nine of his 12 points in the second half to give LBSU hope, while Romelle Mansel scored 10 off the bench.

But some timely shooting from Agbonkpolo with back-to-back 3s and an Ellis steal and skip pass up ahead to Mobley for a dunk with 2:15 to play helped seal the win for USC.

A buzzer-beating 3-pointer from Peterson was the only thing that salvaged a tie at the half for the Trojans. Nine first-half turnovers by USC led to 13 Long Beach State points. LBSU attacked the paint for 14 points in the opening 20 minutes, shooting 51.7% against the typically-stout Trojan defense.

It left the crowd at the Galen Center, including a full student section, quiet for much of the first half except for when new head football coach Lincoln Riley was introduced on the court.

But USC tightened up when necessary, holding Long Beach State to 8-for-31 shooting in the second half to secure the win.