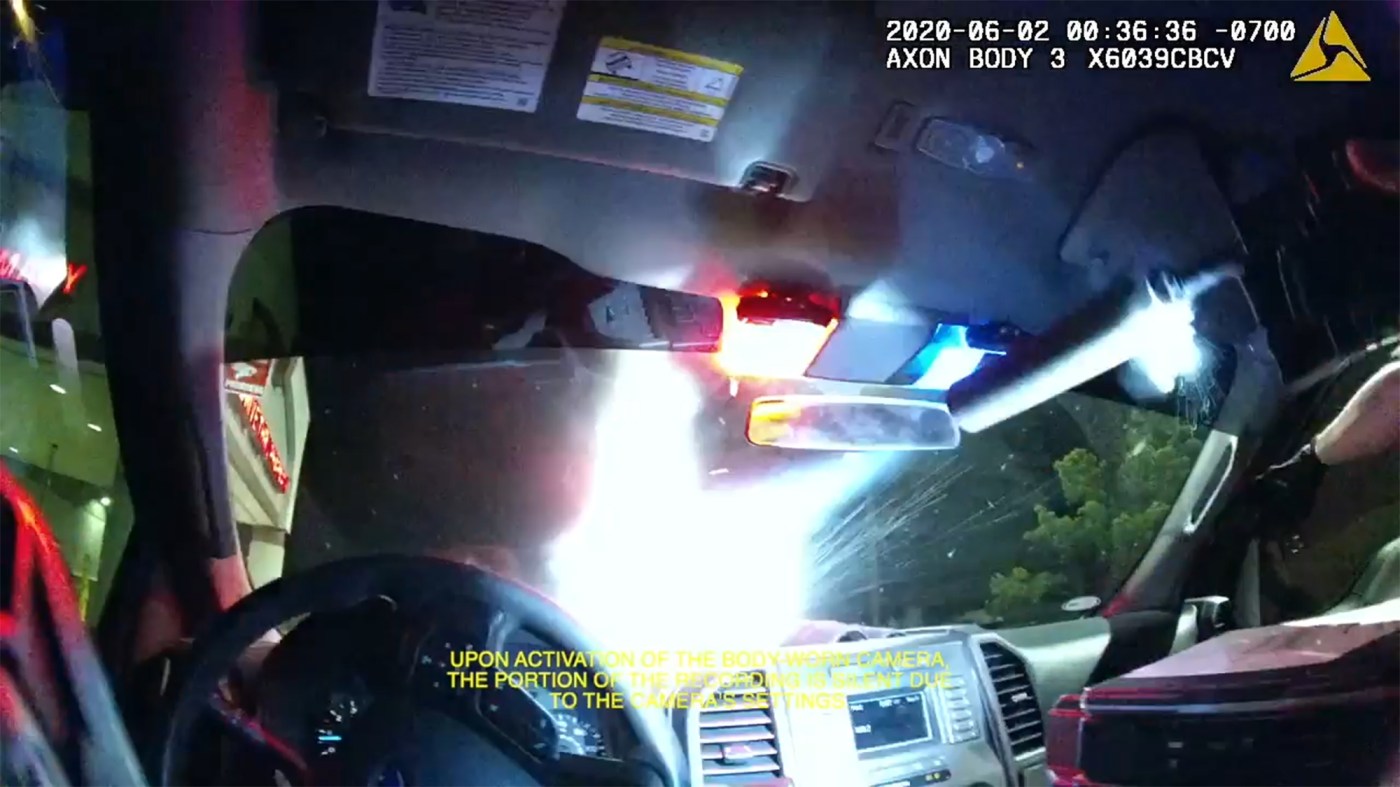 VALLEJO — An internal investigation by the city’s police department found that an officer who shot and killed Sean Monterrosa last year, after mistaking a hammer in his hand for a gun, was negligent and violated department policy.

The report, released Thursday evening among a trove of documents and videos related to the June 2020 shooting, found that Det. Jarrett Tonn shot and killed Monterrosa before he was sure whether Monterrosa was armed. The report noted Tonn yelled “what did he point at us” moments after the shooting and failed to announce that he believed Monterrosa had a gun before he shot him. The report called the shooting “premature” and “not objectively reasonable.”

“In sum, the fact that (Tonn) misinterpreted the actual threat level presented by Mr. Monterrosa at the time of the use of deadly force was due to the ‘plan’ he was part of, which was devoid of any efforts of de-escalation and tactically risky,” the report says. “As a result, any movement by Mr. Monterrosa could have been (and apparently was) interpreted as an act of aggression. Moreover, the decision to quickly shoot multiple rounds through the truck’s windshield eliminated any ability to detect threat dissipation such as Mr. Monterrosa turning away from the detectives.”

The report doesn’t identify Tonn as the officer who shot Monterrosa — names and photos of officers are redacted — but multiple law enforcement sources have identified him as the shooter.

The 66-page report, conducted by an outside firm headed by a former civil rights prosecutor, doesn’t specify what discipline Tonn should face, but the news site Open Vallejo — which sued the city to compel the release of records on the shooting — reported earlier this year that Tonn had been placed on administrative leave.

The report also quotes from Tonn’s administrative interview in which he summed up his feelings about the shooting this way: “Hindsight’s 20/20.”

“I’ll be the first one to critique myself or to say what I could have done better,” he said. “And even in this case, like things we could have done differently, after the fact, but like knowing what we knew, and given what we were working with and, especially, you know, with the shooting part, like I do think — I do think I acted properly and did what I felt that I had to do.”

Monterrosa was shot and killed on the night of June 2, after allegedly breaking into a Walgreens with several others, one of many break-ins and riots that occurred throughout the Bay Area in the wake of the murder of George Floyd by Minneapolis police. Tonn was in the backseat of a police SUV when he fired through the windshield. Body camera footage shows that after he realizes Monterrosa didn’t have a gun, he remarked “I didn’t need this,” and yelled, “Stupid!” as well as various expletives.

During the interview, he explained the comments may appear “cold-hearted” but that he was frustrated Monterrosa “made one of those decisions that forced me to do something,” that neither one of them get a second chance on.

The fallout from the shooting has been severe.

The city’s then-newly appointed police chief, Shawny Williams, waited nearly 48 hours to publicly explain why an officer had shot Monterrosa, and was criticized for calling a news conference the day after the shooting to condemn property crimes that occurred the same night.

Monterrosa’s family has filed a civil rights lawsuit against Vallejo police, and the city’s police union president, Lt. Michael Nichelini was terminated for allegedly destroying the windshield Tonn shot through, as well as circulating a picture of a roughly 100-year-old Vallejo police badge with a backwards-facing swastika, and other alleged misconduct. Nichelini in turn has sued the city to get his job back, describing himself as a scapegoat who was falsely painted by city leadership as a “racist cop.”

Meanwhile, the Solano District Attorney and the California Attorney General have played hot potato with the shooting, each insisting that the other office conduct the formal review. House Speaker Nancy Pelosi also demanded the FBI investigate the shooting. Thus far, no criminal charges have been filed against Tonn, who was involved in three prior nonfatal shootings on the job before he killed Monterrosa.