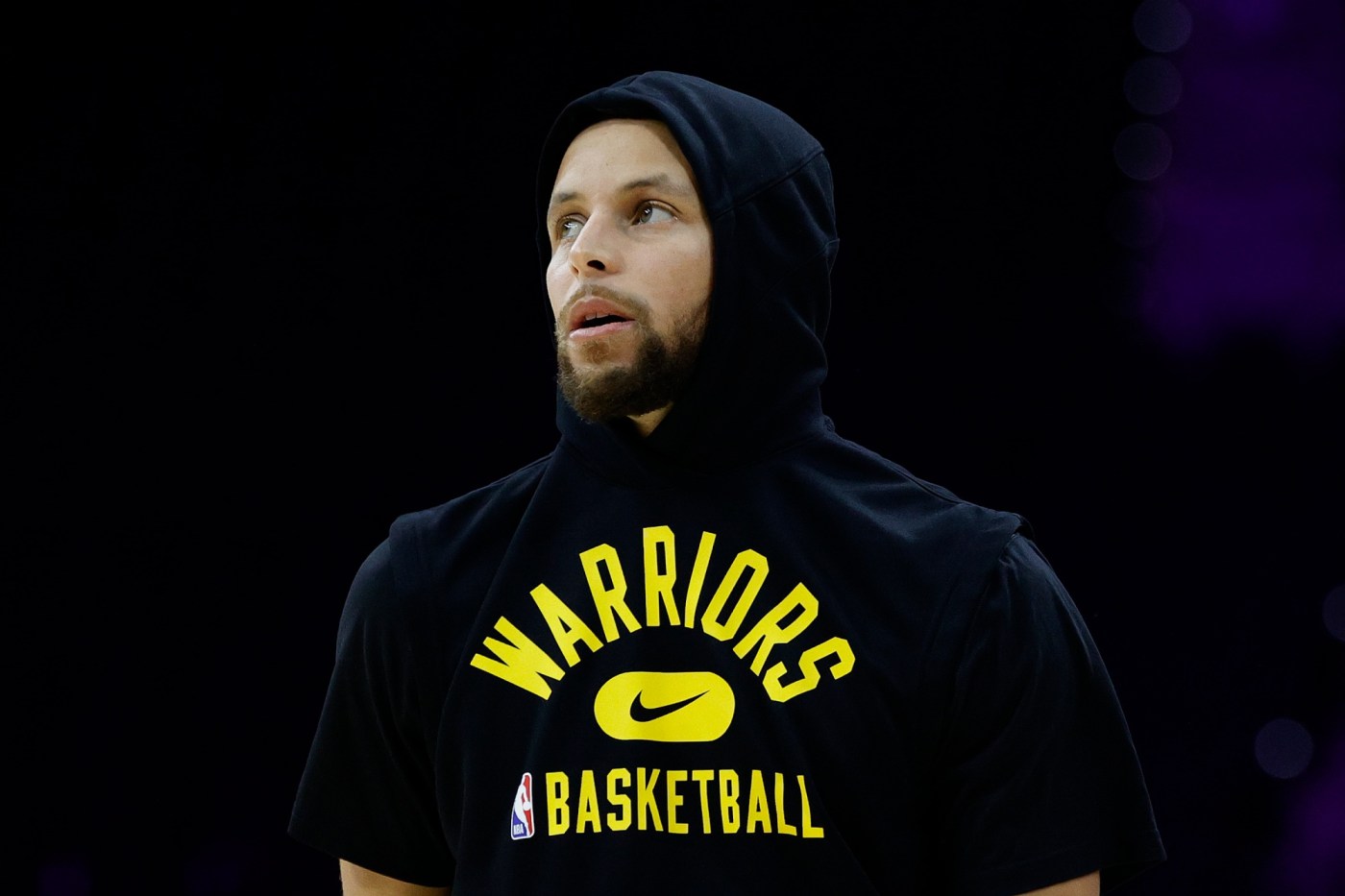 PHILADELPHIA — With Steph Curry closing in on NBA history, the question on everyone’s mind is when — and where — he’ll do it. He is seven away from the all-time 3-point record, but here’s where it gets complicated: there’s no guarantee Curry plays in Golden State’s next game.

A report Friday by NBA insider Marc Stein said the Warriors were considering resting Curry for their game Monday in Indianapolis, and while Curry didn’t fan flame, he didn’t throw any water on the fire, either.

“I always want to play. It’s also understanding the situation, the big picture and reassessing after every game how your body feels,” Curry said Saturday, following a 102-93 loss at Philadelphia, in which he pulled three closer to the record. “So we’ll make the right decision accordingly.”

So, Curry’s body, how did it feel after Saturday’s intense 102-93 loss in Philadelphia?

“Like I’m 33 years old and just played 37 tough minutes on the first leg of a road trip,” he said.

The five-game swing the Warriors are on started Saturday against the 76ers and doesn’t end until the following Saturday in Toronto. Squeezed into the next four games are two sets of back-to-back contests, the most dreaded games in the NBA.

Kerr this week called it a “difficult trip” with “some tough travel circumstances,” but asked about plans for rest following Saturday’s game, he said that hadn’t yet been decided.

It’s not uncommon for teams to rest stars and veterans during the occasional first or second leg of such series.

Better yet, for the folks with dollar signs in their eyes at the NBA league office and anyone with a flair for pageantry, Curry would get the chance to break the record on basketball’s biggest stage, at Madison Square Garden, in a nationally televised game.

Seven 3-pointers in a game is no small feat, but it’s something Curry has done 101 times throughout his career.

If he doesn’t get it done by the end of the Warriors’ first set of consecutive games, his next opporuntity would come at TD Garden in Boston, the same setting where Ray Allen passed Reggie Miller to claim the current 3-point crown.

“You’ve just got to make shots and understand,” Curry said, “the opposition’s not going to want that to happen on their home floor and they defend accordingly.”